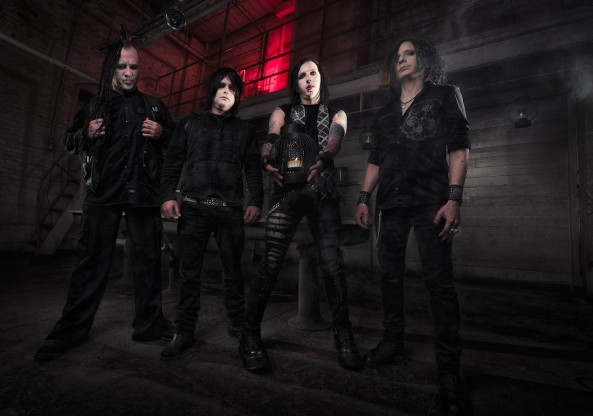 When you walk into your work on a Saturday afternoon, and you see these guys getting a music video recorded, you NEED to start a conversation! A few months ago that was just the scenario. They’re in the process of working out a video idea, and I was literally running in to pick up something that I had left in the office the day before. The guys had a very stylized look – something that I always love to shoot. In a few minutes, cards in hand, I was showing them the work that I was capable of doing, and talking to them about “I have ideas, and concepts.. and I’d think you’d be great for them”

Check out the rest of the story at the jump..

Scrambling for a Location 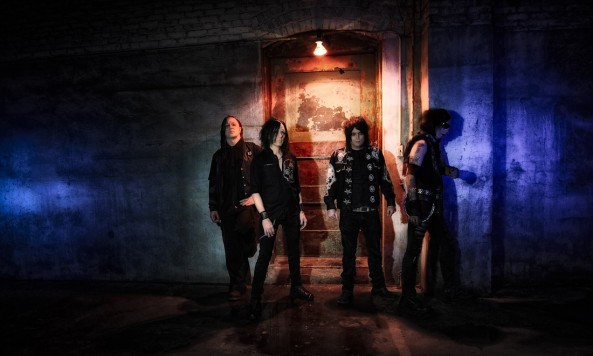 Truth is, I had -one- idea. My buddy Kathy had a local Metal shop (think blacksmithing) in the area that had some cool look to it, with fires in cans and stuff, but the location was loaned out to someone previously – leaving the owners not really excited to do it again. I kept contact with the lead singer, Raven as I kept my eye out for any other locations.

As luck would have it, i’d make an acquaintance with a lady who curates an amazing location in Tampa. I quickly talked to her about my idea, and how excited I was to work with this group. She immediately jumped on board, and I was back with a location.

Let’s Shoot It With Westcott Strobelites
Another thing that I wanted to do was take out my set of Strobelites from FJ Westcott. Sometimes I think even I get a little guilty of dragging out a bunch of big lights into a shoot, and I wanted to see if I can do them with lights that dont break the bank in the process. 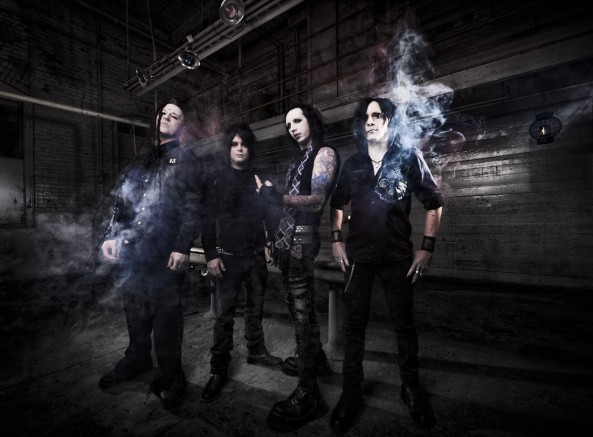 I used their 3 light kit and had a main light to camera left with a softbox and grid combo. To the left and right of the band (off to the top right and left of the frame) I had the two other lights with grids and barndoors. The grids allowed me to concentrate the light better, while the barndoors allowed me to control how much spill I would get back to the camera.

To give it a little extra pizazz, I ran a small Fog machine to low camera left. I would wait for the fog to get ready in the unit, then have an assistant quickly shoot out a bit of fog. After about 5 seconds, i’d have her stop, and I’d shoot a few frames while the fog was around. Because of the temperature of the place, the fog would quickly lift, so we needed to give this a few tries. I did like the result however. 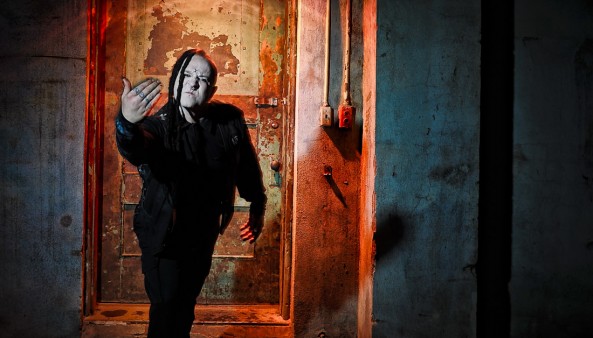 Now, for the picture with the blue in it and the one right above of vii (seven), we went with a little different setup. Here, we had one light flown high camera left on a grid- at a very low power. This would allow me to be able to mix up the ambient light of the red bulb over the door with a blueish light on the individual – for a cool effect. Two speedlights (SB800) were set to the left and right of the scenes with different color Gels to give me that color in the area.

What I like about shooting bands like this is that it’s the equivalent of finger-painting. Because of their artistic look, you can really go outside of the box in terms of trying creative things, which really get your idea juices flowing. I love being able to try different things behind the camera – even if they don’t seem to work. The last set that I shot for the band didn’t use any Flash, and was with longer than normal shutter speeds. 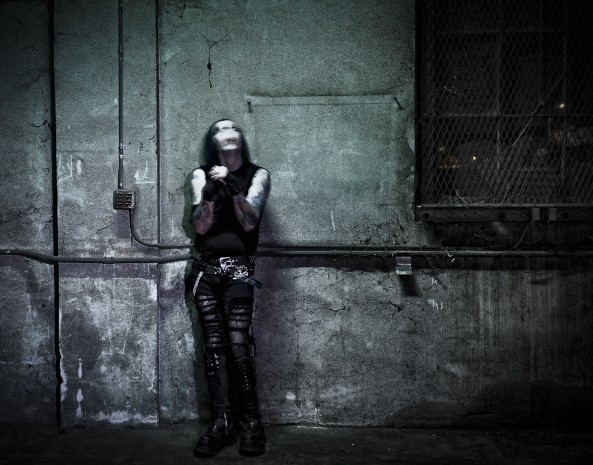 For the image above, I had Raven open his mouth, point his head up in the air, and on the count of 3 shake his head from side to side, while I made a 1 second exposure. I thought the effect was fitting for the type of shoot we were doing. 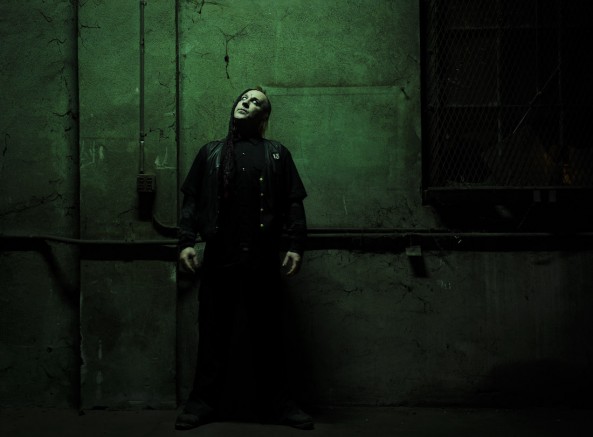 This shot was also cool and simple to setup. Basically, vii needed to hold very very still while I made the frame using available light. This is going to be part of a series of images that i’m making for a project.. but more on that later.

A lot of the crunchiness that you see in the shots here was attributed to shooting the set in JPG on the Nikon. Rather than have a lof of the raw capture sharpness pulled out, I figured i’d let the camera do a lot of the heavy lifting in this instance and crunch them up for me. I could then add a little more to areas I thought needed it with either the NIK suite or with Topaz Adjust for some background work.

Again, great thanks to Sister Kill Cycle for the shoot.. had a blast!