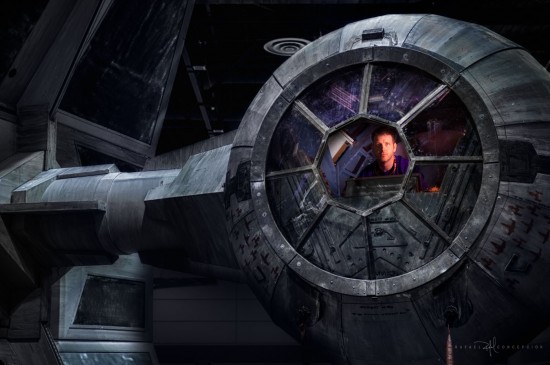 Not too long ago, I was going through my Lightroom library looking at images of my shoots and came upon this image I made over at the Star Wars thing in Orlando. No, this isn’t a post about Star Wars stuff. More it’s a tribute to David Rogers from the Lightroom Tampa Bay Group.

You see, David Rogers is my buddy here in Tampa – and a very competent photographer. During this event, we went out to try to make a shot lit on the inside of the ship. David jumped at the chance to be the assitant here, climbing into the cockpit of the tie fighter for a pre-light. I wanted to play around with something i’m doing a lot this year- working on HDR Portraiture..

Now, I love the pictures that came out of the series.. but not as much as I dig the fact that David was able to get a cool frame of the moment – something he has not seen until today. That also made me think of other really cool photographs that are out there – that have an funny or awesome assistant setup shot:

Joe McNally made a cool shot of my wife Jenn. Jenn’s a ballerina and the cool combination of her dancing, us on the beach, and great clouds made an awesome frame. Click on the picture above to see his blog post.

Compare that shot with Brad during the beach Pre-light. Make sure you click on the Pic above to to Brad’s site. He’s a wonderful concert Photog, so you’re going to want to check it. 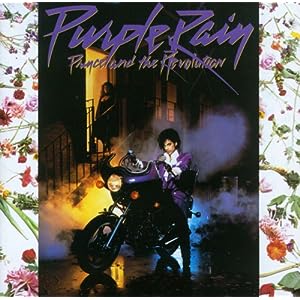 This was one of my favorite albums that was out there. Prince – Purple Rain. Ah, I also thought the image of prince on a Motorcycle was soo bad @(*@. How cool was it to find out that my buddy Mike Kubeisy stood in for this shot. Clicking on the picture takes to his guest post on Scott’s blog.

Let’s hear it for the outtakes… sometimes they are the best shots!