One of the harder parts when working with a model in a studio scenario has got to be the posting of the head. The problem that you run into here is twofold. First – its really hard to give someone direction as to where they should turn when they are opposite from you and in a different position. Want a good example of that? Hand someone a piece of paper, and without doing it for them, tell them instructions on how to make a paper airplane (These are the kinds of things I learned in school when I became a teacher).

The second is more id-driven. We don’t want to look like idiots. We KNOW what kind of look we want another person to give to us, but we don’t want to put ourselves in the position of looking foolish. In our ‘photographer’ heads, it’s bad enough that you are being subjected to making a good image because you TOTALLY dont think of yourself as a good photographer, but to put yourself out there even further by looking like a moron? Absolutely NOT! This usually leaves us with a bunch of “Turn right.. no.. the other right.. no.. tilt up.. no i mean turn up.. I mean open your mouth.. um.. ” And lots of valuable time is lost.

Or, you can pinch their nose. 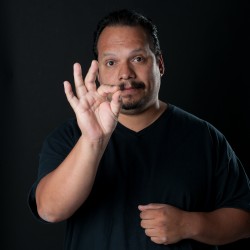 I Got Your Nose!
The next time you’re at a shoot, start of by standing in front of your camera and tell the person, “Look.. imagine if all of a sudden I have your nose” and make a pinching symbol as seen here demonstrated beautifully… by me. Obviously you can go ahead and dress up the request as much as you want, making it silly.. or disarming. I can guarantee you that “I gotcha nose” isnt something they expected to hear and could become a pretty cool icebreaker. 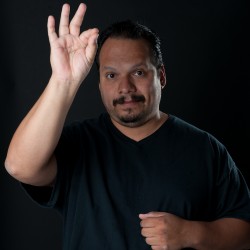 Now Imagine if -I- had your nose in this case and I moved my hand up? What would you do? Exactly, the head tilts up? This will give you almost incredible remote control ability to be able to move a persons head, up down, left and right – exactly to the position that you need it to be! 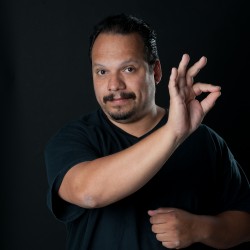 If I moved that same fingers to the right, you would immediately tilt your head in the direction of where your nose is. Obviously.. you want your nose! This will give you almost incredible remote control ability to be able to move a persons head, up down, left and right – exactly to the position that you need it to be! 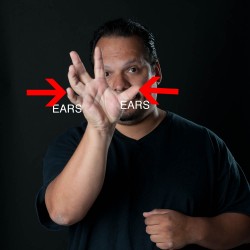 I’ve Got Your Ears
Now, Imagine if all of a sudden I placed my hand out in front of you and told you “hey.. imagine if these two fingers here are your ears.” Wigging my thumb and pinky fingers. Obviously the hijinx have been pre-set and you can totally make the model go along with this. This will help in having to tilt the head for an image. 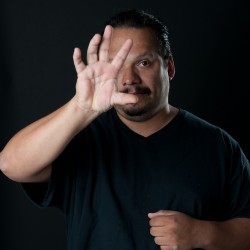 Tilt you arm ever slightly to the right and you’ll notice that the head will follow in that direction. Go in the opposite way, and it will move the other way.
These two combinations will be invaluable for any kind of scenario where you want to give some direction, but dont want to really look like too much of a dork doing so. I love looking like the Dork.. but you don’t have to. 🙂