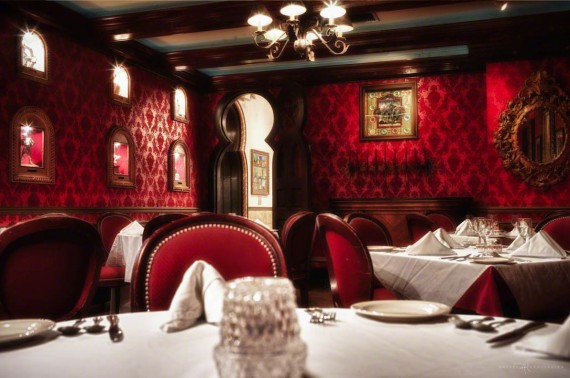 About Those Presets
While we were doing the “Grill Bryan Hughes” Episode of The Grid Live – Scott Kelby and Bryan Hughes got to talking about the presets in Adobe CS5 that were included in the install. This got them both talking about whether it be cool to just make a set of presets that we could share out in the masses. We thought, hey! Why Not! 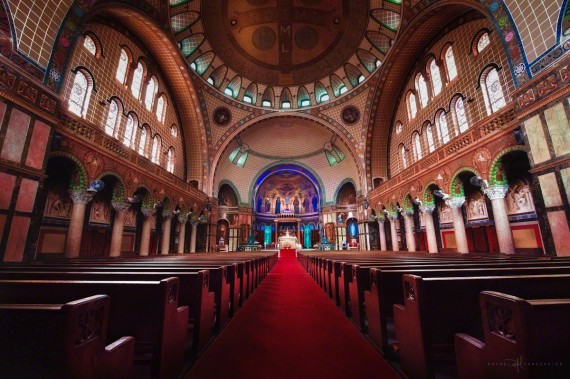 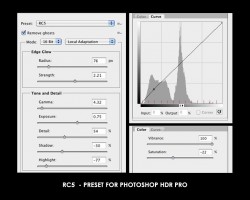 The preset i’m showing you here started off as a reprocessing of an interior shot I did of a church some time ago. As I start working more and more on HDR and images, I start going back to older images and reapplying the techniques to see what kinds of results I get. This church was one of them – and he preset that I developed for it served as a foundation preset for so other HDR Shots.

For me, most of the work that I do tends to have the Gamma slider over to the left. This will darken the image substantially. From there, it’s all about playing with the exposure, Strength, and radius. If I need any sort of additional contrast, I usually tone that up in Photoshop in post. 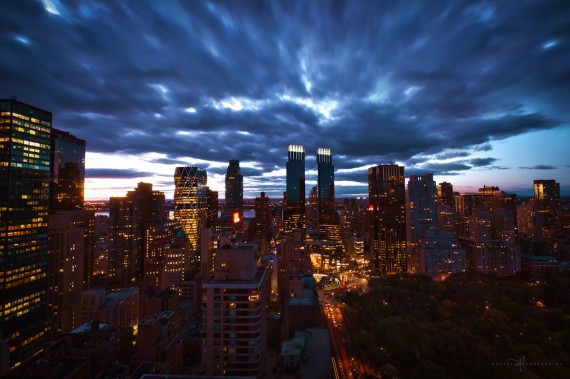 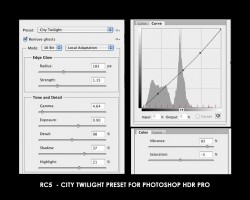 One of the things that I tell people about producing HDR images is that the best images that you make are at twilight. A bright sun doesnt give you the greatest amount of nuance, range, or color. Many photographers are quite used to waiting until the Golden Hour to make great images because of the color. Now, imagine augmenting that experience by having so many different tonalities and exposures blending together with intense colors. That’s what HDR in twilight gives you.

You may notice that in some of the presets, I tend to use a little less saturation but a little more vibrance. Overall, HDR images tend to ‘cast’ a little bit of color – that’s to say that they almost appear as if they have a “blue” film.. or “green’ film over them (it could be any color really). Trying to minimize this – i’ll drop the saturation. To bring back some of the under-represented color, I will use Vibrance.

THIS IS NOT STRAIGHT OUT OF HDR PRO
Please keep in mind one thing. The images that you are seeing here are not straight out of HDR Pro in Photoshop. These images have had color augmented to them, effects inlaid, sharpening, contrast adjustments, etc. If you are shooting HDR images, it’s important to know that when you complete the tonemap of the image – you are only halfway done with your image. The rest of the process are all of the little photoshop tricks and tweaks that you do to eek out the best quality HDR image that you can.

This is what motivated me to write “The HDR Book”. If you’re interested in checking that out, click on the link here, or click the book icon on the right. Thanks!