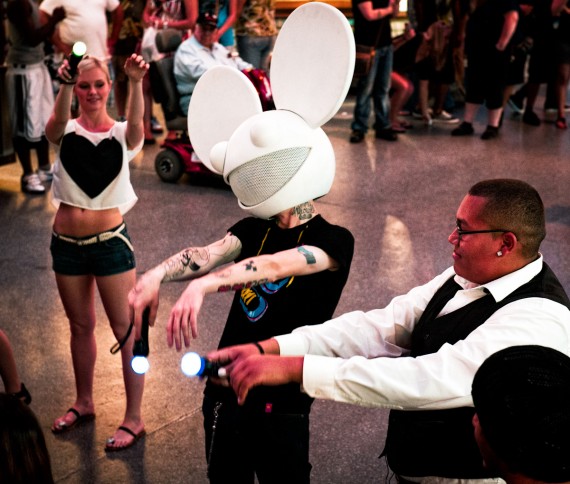 The day before I was off to teach at Photoshop World in Vegas, we took to Fremont Street – one of my most fav places to go. While I was there, it looks like deadmau5 was in town, and taken to the streets to do some stuff. What he was doing doesn’t really matter. What -does- matter was that everyone around him (myself included) was having a good time.

Except one guy.. passing by in his scooter. I dont think he had the FIRST clue as to what was going on.. which I thought was awesome.

I’ve since spent the entire week listening to deadmau5 on my spotify account… the music just gets in and wont let you leave!