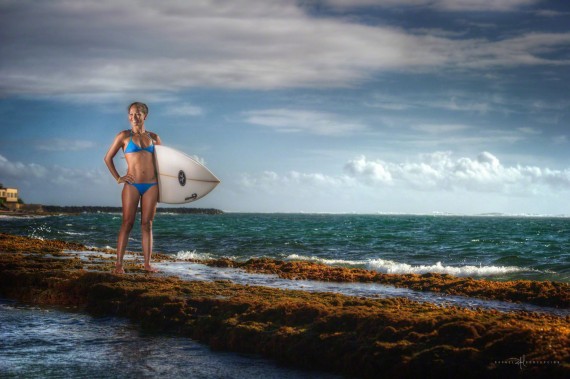 Earlier this year, I went out with my friends Moose Peterson, Kevin Dobler, and Jeff Leimbach out to teach at a DLWS Workshop is Kauai Hawaii. A great time was had by everyone, and I was able to mix a Landscape, HDR, Building Websites, and Small Flash portraiture in the workshop, My aim to be there was simple. If you wanted to talk about a specific topic,.. just ask.. that’s what I made my presentation about. It was kinda cool to just get out and be asked questions from all sorts of areas.. kinda like mental jumping jacks.

While we were out there, I was able to play with the Pocketwizard Flex TT5 and Mini TTL to do some high speed sync. For the most part, I was pretty pumped with the response.. but I didn’t get as much time as I would have wanted to play with it. I posted a picture of a surfer named Pualani shot at around 4000th of a second outdoors.. unheard of until high speed sync. 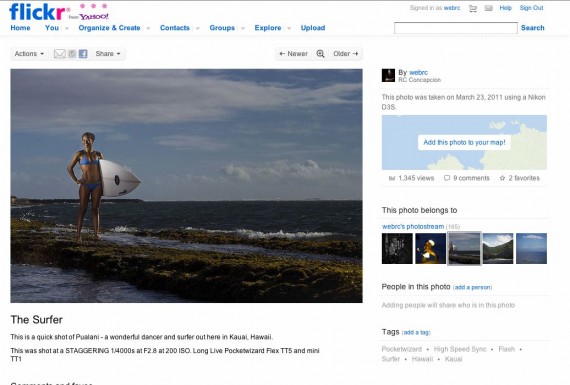 As i’ve been playing around checking some pictures for posting on my google plus account, I revisited this one and thought to myself, “You know.. while it was cool that I was able to do the shot.. just because I could.. doesn’t mean that it was good. That sucked! What could I do to make it better?”

What I was having a problem with was the overall scene.. There was a ton of detail that could be pulled out of the image that I just left on the table. I figured if I tonemapped the image with HDR, I could get a lot of the nuance of the scene out, then later remix in back the original shot with the surfer to get a nicer look. Some post production after the fact – and i’d have an image that I was happier with.

So what can I leave you with to keep in mind when you’re working:


Your shot sometimes isn’t really done:
Sometimes, the best thing that you can do to one of your pictures is to go back to it and revisit it with some experience. Time can often take make your feeling a lot less personal, and give you the perspective to try to go a different way with the processing. Often times, I’ve been much happier with a shot when i’ve revisited it, and tried something newer that I am experimenting with.

Dont Bet on One Horse
Im often asked – what kind of Photography do you do? Strobist, Landscape, HDR? Truthfully, I tell people I just do Photography, and I borrow from each style within it to help a scene as I think it sees fit. Just because you used small flash on a scene doesn’t mean it couldn’t benefit from HDR. Just because you shot something in HDR, doesn’t mean it wouldn’t make a black and white. Just because a portrait was asked for, doesn’t mean you couldn’t turn it into an Environmental portrait by adding more scene than you originally thought of.

Imagine all of the stylistic things you learn are the same as condiments in the kitchen. You can make a ton of pretty cool stuff, if you know what each of them tastes like.. and you experiment with them on creating a cool dish.