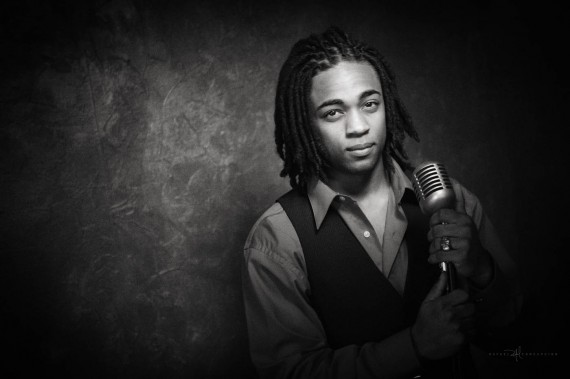 I’m working on a shoot for a Photoshop User article today. I thought it best for me to set my D3S to see in monochrome so I didnt need to fuss with the colors of the image. Since I shot the files as RAW, the color will be there later on the files- this would just let me focus on the structure. You’ll see that project in a few weeks in Photoshop User Magazine.

Afterwards, I wanted to just pop into +dave cross at Studio3 for a meetup/hangout/shootout. I wanted to just stop in and give pointers to the group there that was hanging out and kinda show the things that I focus on with the pictures. I popped a couple of shots with some triggers there. I went to get my camera to show some of the shots to a friend of mine, and thought to myself “Wait.. what if I just use the modeling light of the flash on a higher ISO (about 9000 ISO) to just make a shot”

I absolutely love this NIkon D3S – it pretty much shoots in the dark. Kinda lets me just work the image – and I can just tone and play later.. 🙂

Dave has got some great stuff going on there.. so make sure you pop in to Studio 3 and say hi. 🙂