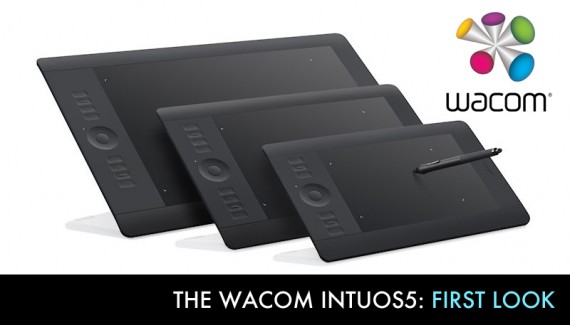 Tonight, Wacom has taken their tablets into the next level – one that I think yields awesome results: The Intuos5. We’re equally as excited to say that Wes Maggio from Wacom will be hosting a special episode of Photoshop User TV with us tomorrow at 4PM EST at http://kelbytv.com/onair . What’s even cooler is that we’re giving away an Intuos5 tablet on the show! Tune in for the details. 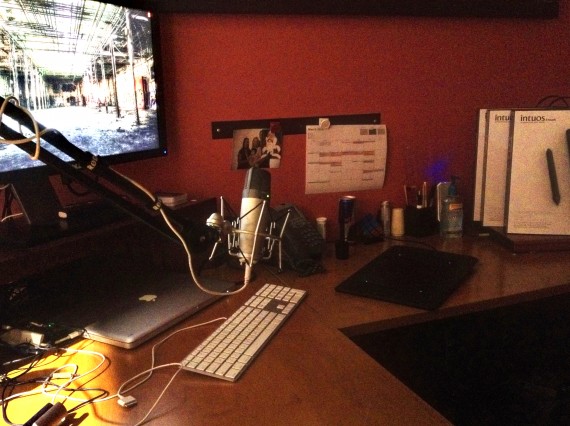 About the Intuos5
We’re very fortunate here at NAPP to have had a chance to play with these tablets for some time now. Have to say that the changes that they’ve made to the tablet are really cool – definitely tweaks that users will definitely appreciate.

Matte Finish:
I loved the shiny details of the Intuos4, but one of the drawbacks for me was just how smudgy the tablet got. Shiny plastic just attracted it. In the Intuos5, the shiny plastic was replaced with a Matte finish that feels as if it had a super think rubber coating. The feel is great, less prone to smudging, and just feels solid. 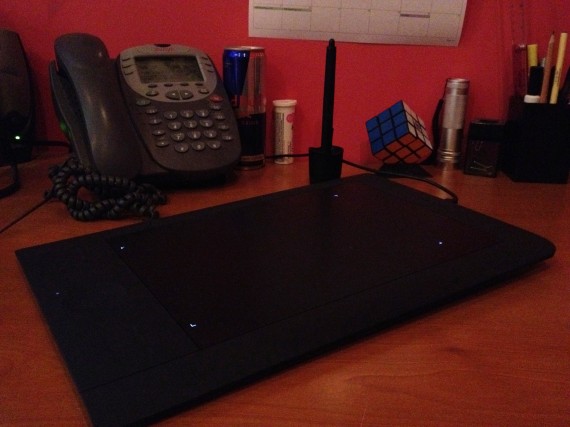 No Display On the ExpressKeys:
The Intuos4 had these displays to the right of the ExpressKeys that would let you see what commands you had assigned to them. The problem with this is that when you’re working on an image, you don’t really want to take your eye off the screen and look down to see what the button you’re about to push does.

With the Intuos5, the buttons have been removed- but the functionality is there. Simply place your finger over one of the ExpressKeys ever so lightly, and in just a little bit you’ll see a heads up display on your screen telling you what the ExpressKeys do. Nice little touch that lets you totally keep your eye on what you’re working on. 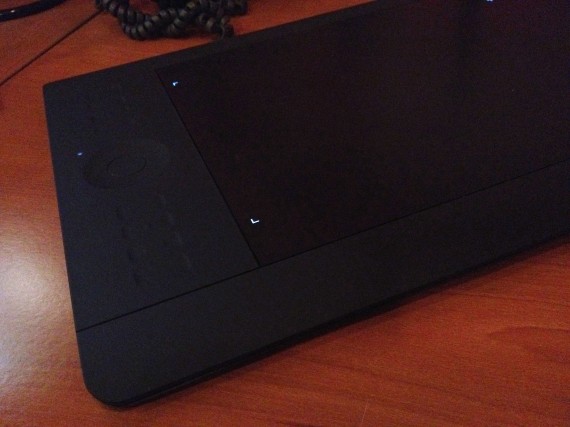 Multitouch!!
The great thing for me on this is the inclusion of Multitouch for both Windows and Mac. I’ve always been a big user of the Intuos4 Mouse. Having to split my time between web stuff and Photoshop, I found that using their mouse was the best of both worlds.

With having multitouch on it, I can finally say that I’ve ditched the mouse! All of the gestures are automatically read on the OS (in my case, using the mac), and work very well. Its like having a way big trackpad now. I plug into an external monitor, so I’ve missed the trackpad. Now I have it back.. and i’m digging it.

What’s even better is that you can customize gestures in applications to make it do something that you need. Here’s a great example. In Lightroom – want to open an image in Photoshop? Customize a Four finger swipe down and have it open in Photoshop. Sweet.

Wireless Connectivity in a Kit
All of the Wacom tablets can be made wireless now with the addition of a Wireless Connection Kit. Get that and you can install it into your Intuos5 tablet. Bam. Wireless. Another thing that I’m digging. Using RF makes it feel pretty cool too.

For more information make sure you visit http://www.wacom.com