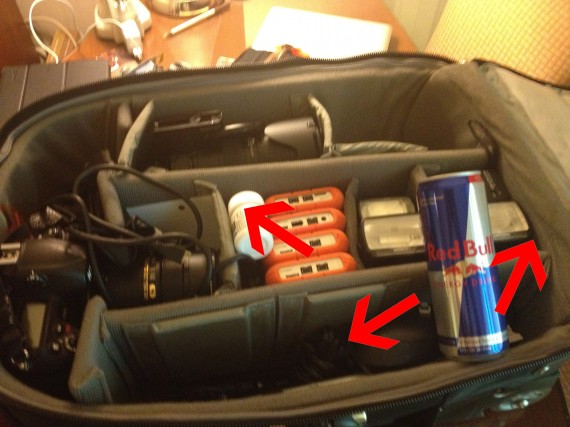 So there I was wrapping up my first class at Photoshop World in Vegas.  I was excited for the next few days.. and jittery over the amount of Red Bull i was drinking.  I was carrying all of my gear (pictured here) PLUS my Macbook Pro and a Wacom Intuos5 Medium tablet wrapped in a Thinktank Airport Security V2 Bag.   As I hurried to close my bag to get to the next class, I placed my closed can of Red Bull inside the compartment and quickly shut the zipper.

As I was shutting the zipper, the tip of my thumb actually made a pop RIGHT INTO the can of Red Bull!!!!  A quick “Whooosh” confirmed that a fair bit of the contents of the can crawled into the bag.  On top of hard drives (those things have been problems to begin with.. im just looking to get rid of them), but also on top of the computer and the Macbook Pro!!!!!

Calm as can be (on the outside at least), I quickly opened the bag and assessed the situation.  As it appeared, nothing appeared to have gotten into the internals of anything.  Macbook Pro was fine, Hard drives were great. Everything was just sticky.  I’d get rid of the sticky over the next couple of days by giving everything a really good wipedown… but the problem in front of me was.. this was the -only- bag that I packed for a computer.  What do I do now??!?!? 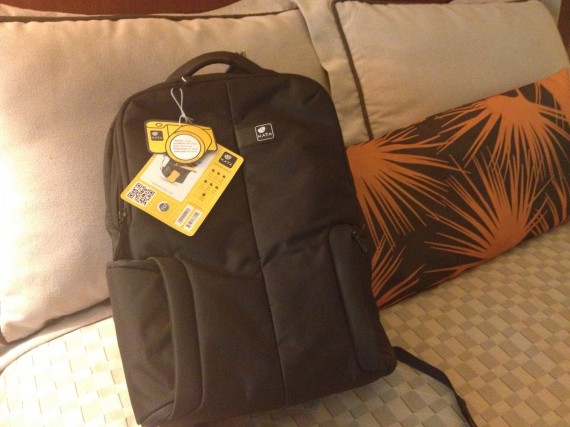 I’ve used Kata bags in the past – and for a while lugged everything around in a Kata R-103.  Thankfully, the folks at Kata were at the Photoshop World Tradeshow, and I was able to call in a favor and get a loaner to get me out of my jam.  I got the Kata LPS-216DL Backpack there at the show.  It looked a little small, but I was like “Look.. all I need is something to carry my hard drives and computer.  Even if it cant fit my camera, I dont really much care.  I just need it to get me by. 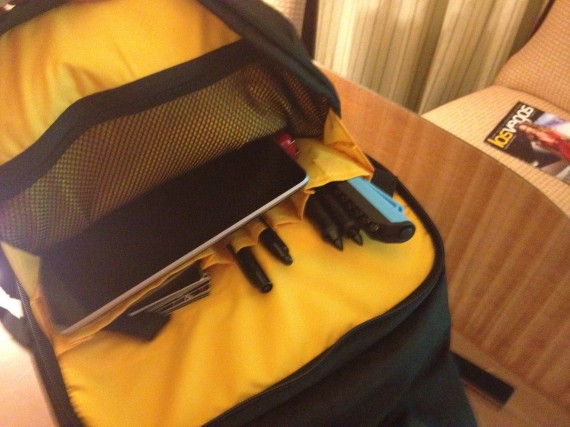 Compartment underneath it: Ipad Sync Cables. Mifi. Four Hard Drives, Cables for Hard Drives, and Dongle.  Bonus find:  The power supply for my verizon MiFi works with both my Nexus7 AND the Mophie! So all three can get charged with it.  Score! 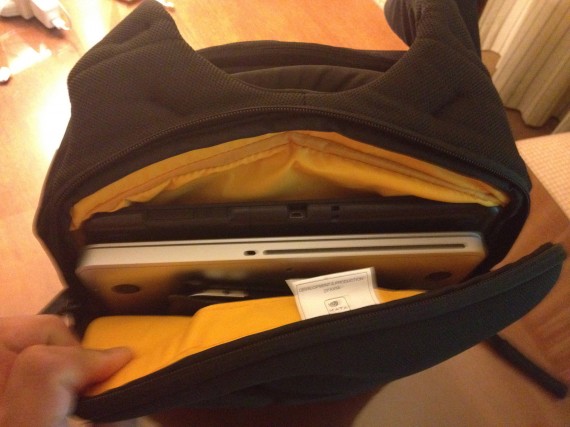 The main compartment was able to hold a Macbook Pro 15”, my Wacom Intuos5 Medium Tablet, AND my Ipad3. 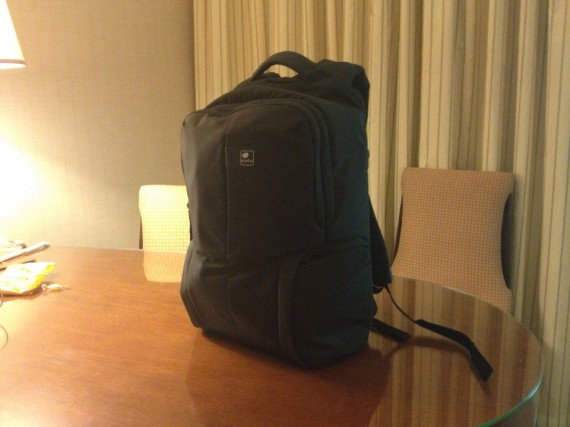 This is my bag all packed up now.  The part that really shocked me was that on top of ALL of the stuff I put into it, I still had room in the top compartment for things like my ipad, a card reader.. assorted keys.  On top of this, I was still able to put my Nikon D3S with a 24-70 2.8 lens!  There is a big difference between what this company says this thing can hold and what a person in need can actually fit in it.  Thankfully, this Kata bag can totally pack it in there.  Thanks soooo much for the loaner at PSW.  I can confidently say this puppy deserves to be on ANY camera owner’s short list!