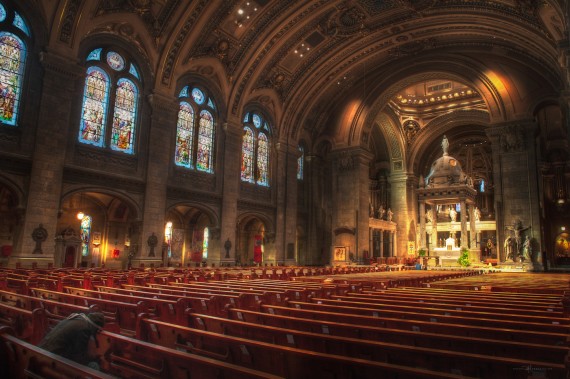 As we were getting off the plane, my buddy (and amazing shooter) Randy van Duinen had told me of the Basilica of St. Mary here in Minneapolis. He had spoken to the church and they had graciously offered to turn on the lights and let him go in and shoot. He asked if I would join him there, so I went and made a couple of shots. Randy had a Canon 17 Tilt Shift with and I have to say, shooting there made me sooo frustrated I didnt own one. I think the shots he was able to setup were sick. I’d go look at his page as well!

I saw this man praying when I walked in as soon as I got there… but didnt go and make the shot until 20 minutes later. Thanks Randy for the opportunity!