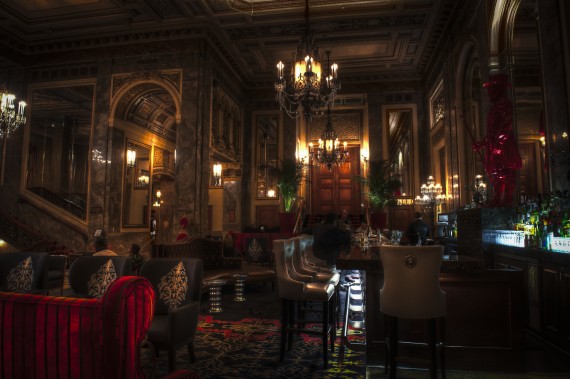 Yesterday, I had posted on 500px a picture that I did in New York from the Ink48 Hotel.  Tweeted about it, and Ink48 started following me.  As it turns out, they are a part of a group of hotels called Kimpton.

And as it turns out, I keep running into these hotels.  This is an interior  shot that I did at the Sir Francis Drake in San Francisco.

I was also able to get to the roof and make some shots, but it was waaay windy and the Macys sign was out.  One of these days, I will be able to get back to there and do another shot.  In fact, I am in town on a tour April 10 (Its not up on the calendar yet.. but will be this week) – and am thinking of making a long weekend of it.  That will get me out there and maybe I can pop into the hotel and do some more shots.