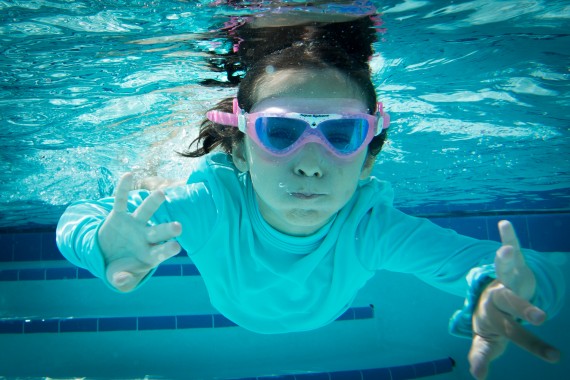 My daughter Sabine was incredibly against putting her face in the water.  Just hated it.  We did swim classes round after round, and nothing ever came of it.  So imagine how proud and excited I was to see her face under water with my best friend Al while they were on vacation in Sarasota.  I was jut overjoyed!! Now shes in swim classes, and now wants to dive and swim underwater.  Shes learning so much, and you can tell that she really enjoys it.

At work we got in a Nikon J2 (link: http://amzn.to/12Gsf4D ) and a J2 Underwater Housing (link: http://amzn.to/1aLpWr4) and I was chomping at the bit to check it out.  The J2 took a little bit to get used to in terms of getting to Aperture Priority and a specific ISO, but after a quick look at the book I was off and running.

Now, i’ve never really done underwater shooting before the LifeProof Fre (http://amzn.to/13gcIwX)  case I used, and I remember that on that last one, I had a bit of a time trying to see what I was doing underwater.

It was pretty bright out there that day. I felt like trying to see what was going on in the back of the screen was incredibly hard.  More often than not, I found myself going into the shade, setting the camera to the settings that I needed , and jumping back in the water.  The back of the display was even harder to read underwater so it took me a little while to find a good spot on the housing to use as a aiming point. 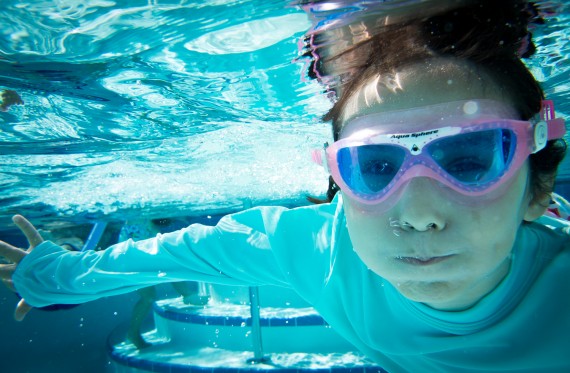 Once I did, I just hip fired the camera more than using the back of the screen.  At that point, I was really excited about the shots that I was getting. 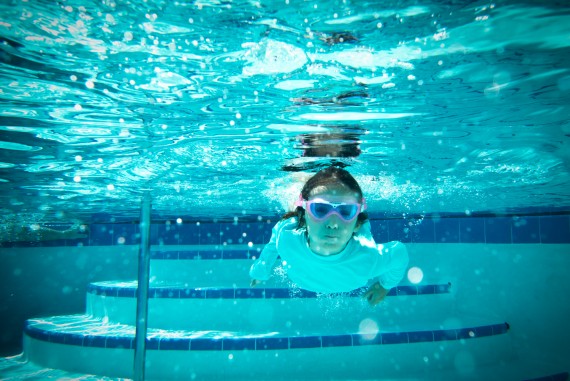 Since Sabine is just getting used to being underwater, I had Jenn just off camera and had Sabine come off the step and swim to me.  As she started coming up for air, Jenn would be there and just pick her up.  So, not only did it work as a cool photo op, but it also worked to have a set of rounds to try to make a picture. 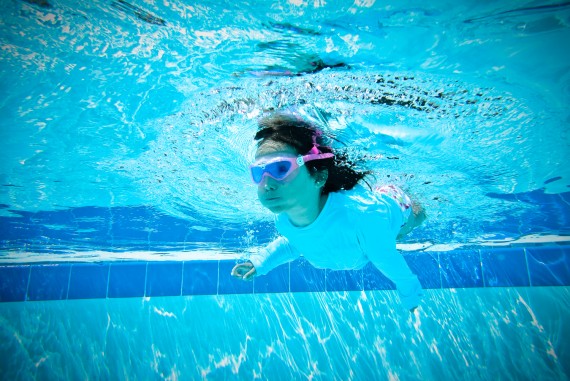 Some of my favorite shots of the series were of her coming into the water.  Just loved how the water displaced around her when she was going in.  She also looked so determined to be getting in there.  Not to mention that the Aqua Sphere Goggles (http://amzn.to/13gfHFp) just stand out on the frame. 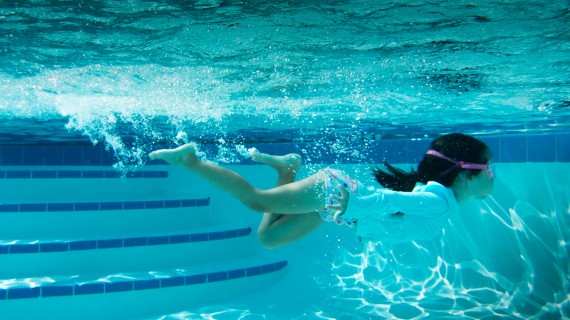 Obviously, its kinda hard to get a 4 year old to just be your underwater model, so she’s going to go off and do her own thing.  It at least gave me a parting shot that I was happy with.  Overall, the experience was kinda cool as I’d never worked with a housing before.  I would love to get one for my D3S, but just checked a site that showed them at over 5 thousond dollars for my camera!!!! Im like, you know what,… this one will work just fine for the random times i’ll do this.  I will just borrow this.

I recorded a couple of video clips while I was there, and really enjoyed that process.  The thing that I liked a lot more than I thought was the Slow Motion video.  Its a smaller resolution, but it shot at 400FPS, so it gave a really neat feel to her moving in the water. I took the files into Photoshop CS6, added some royalty free  music from Kevin McLeod at inCompetech.com and got it up on Youtube.  Total time, about 10 minutes.