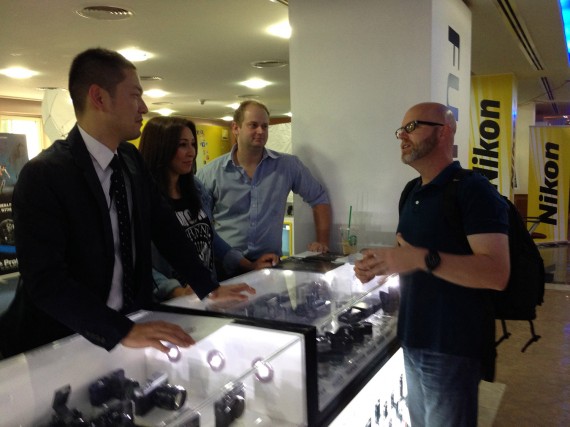 When I was out at Gulf Photo Plus in Dubai I was fortunate enough to get to meet some of the folks from Fujj ME. The guys were beaming at the release of the new Fuji XT1 – the new 16MP mirrorless camera. Business was brisk, and after a few minutes of chatting w the reps there, I handed over my license to ask to borrow one for the day. I was chomping at the bit to see if this iteration of the camera would live up to the expectation (and desire) I had to check out this form factor.

You see, several years ago I was a pretty vocal critic of some of the limitations of the ( at the time. ) newly released X100. I got my hands on that camera busting w excitement to try out a camera that I stylistically thought was going to be a great fit. Man did I really want to like it. 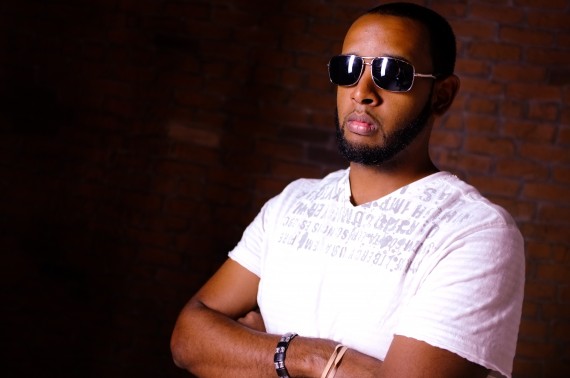 I found it problematic to focus. When the camera locked a focus- it was razor sharp.  It was just that I couldnt get that to do it often for what I was shooting.

When Fuji announced the X100S – you started seeing cameras that included both contrast detect and phase detect focus.  As this happened, you were blessed with some sharp shots!  I was pumped in that I had been renting (through Borrowlenses) the XPro1, and loved the form factor.  Was just waiting for what would technologically come next. 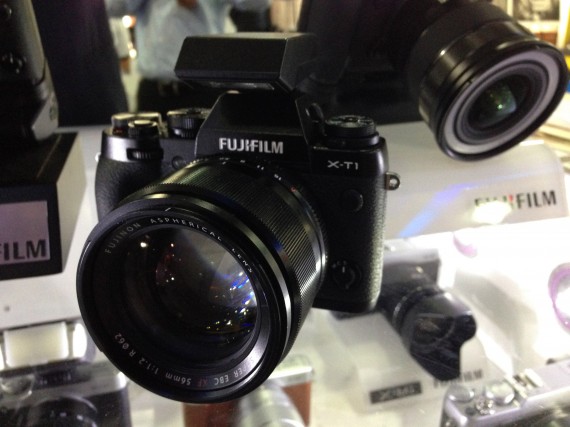 So now I was staring at a camera that spoke to me on several fronts.  I -loved- the analog design of it – dials for every major thing i’d want to do.

And accurate.  Very accurate.  “This is Finally what I was Waiting For” accurate.  I have been looking for a system to complement my DSLR – and man, this looked good.

Id love to sit and chat about the technical details of it, but I think Gordon Laing did a great job of digging into all of the tech.  I agree with his assessment on almost all parts – you can check out Gordon’s XT1 review on the Cameralabs site.  At this point, I just wanted to see how it felt in my hands shooting a couple of different things – put it through its paces (as best I could with the time)

I ran out and tried to shoot a couple of shots with the time I had.  Obviously being deep into the 2nd Edition to the #HDR book, that would be the first thing i’d try. 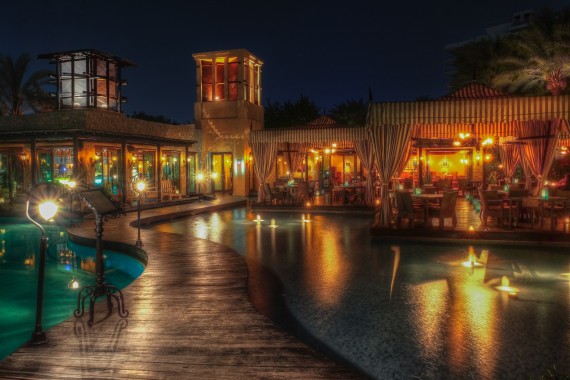 Camera handled very well!  The + – on it only hit three frames at 1 stop apart.  Easily wished that was more (in steps and frames).  I came back and told the folks, who (to their credit) took immediate notes on that.  I had been told from the folks in Dubai on how attentive the Fuji group was here.. so that was kinda neat. 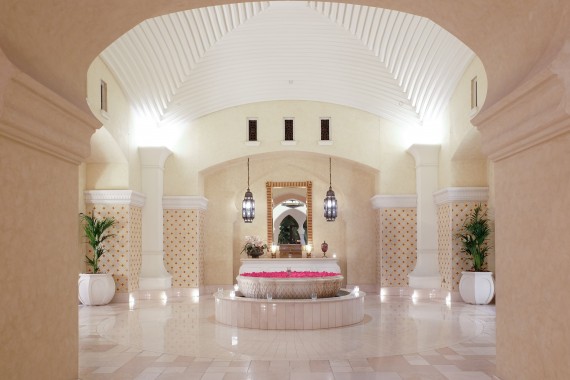 This isnt an HDR.  Most of the shots that I was able to work on were on JPG.  I shot Raw, but Lightroom had not had an update to the Raw processing yet.  While I was there, the Adobe Labs site did come up with a Photoshop Release Candidate for Camera Raw 8.4 with support for the XT1 . so that was kind of cool. 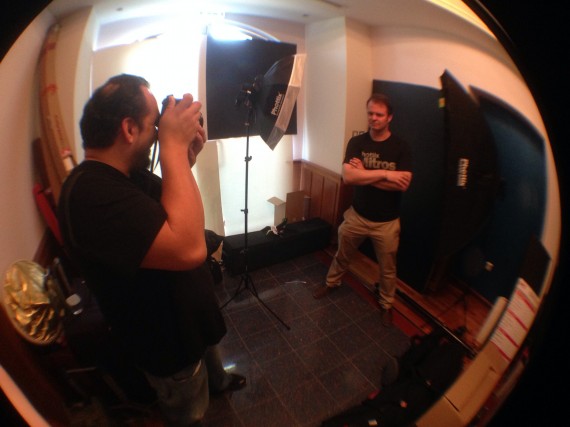 Back at GPP, I started playing around with the camera in between classes that I was teaching.  My buddy Steve from Phottix was supporting the event there, and I started fiddling around with his lights and modifiers.  I figured I had gone out and done some HDR work, I may as well treat my other side of the brain with trying out some portraits.  I setup the Phottix Luna Beauty Dish with a 14×56 Strip Softbox   on a pair of Phottix Mitros flashes.  We setup a black VFlat inside of a storage room and made a mini portrait area – so small we shot the BTS with an Olloclip Fisheye  for the iphone. 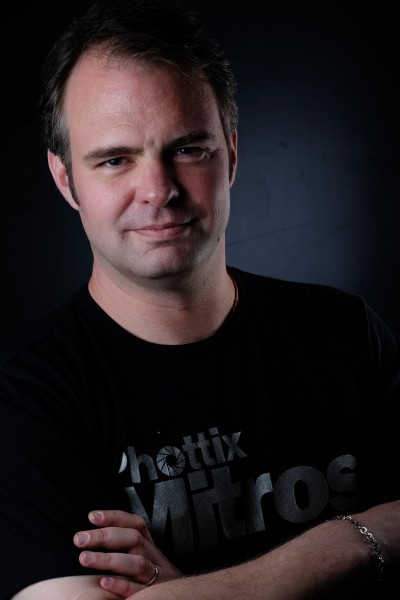 I totally blanked on switching the camera to RAW and just got to shoot these as JPG.  When I went back to Lightroom, I noticed I was a little under.. but other than that… I was pretty pleased.  The level of detail and sharpness was awesome!  Click on the image above to see the full res shot. 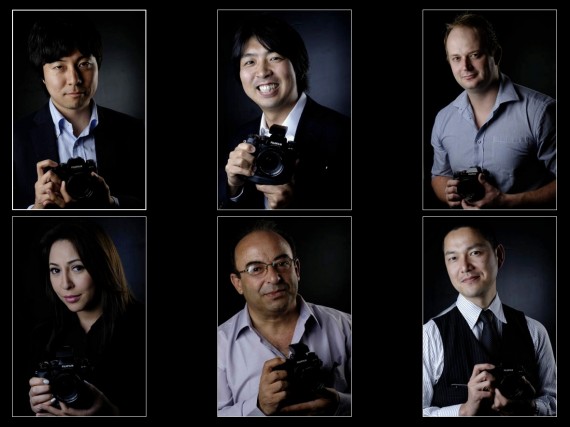 I was so excited about how the setup came out and that I dragged the Fuji folks into the storage closet to make some shots of them.  I figured it was the least I could do for taking their camera out on loan.  Below I am adding the pictures of them individually.  All JPG shots from the camera, with slight crop/exposure to taste.  Clicking on them will bring the full size up. What I loved about the shots is that they all had a great look to them.  You could tell they were proud of what they were doing.  Double bonus! 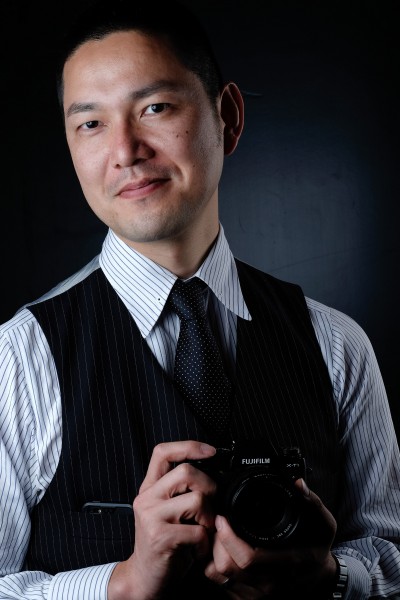 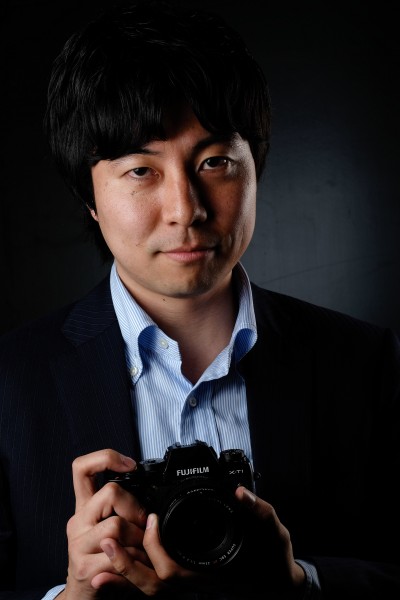 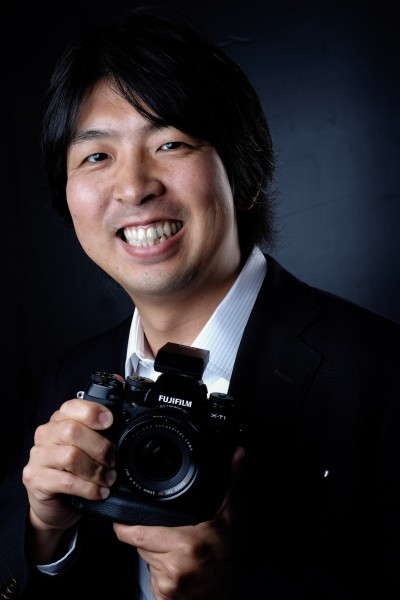 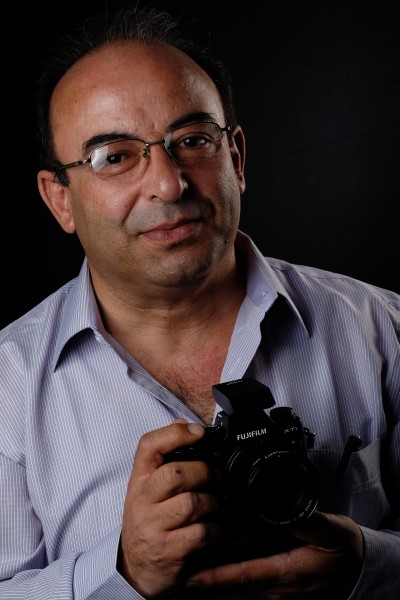 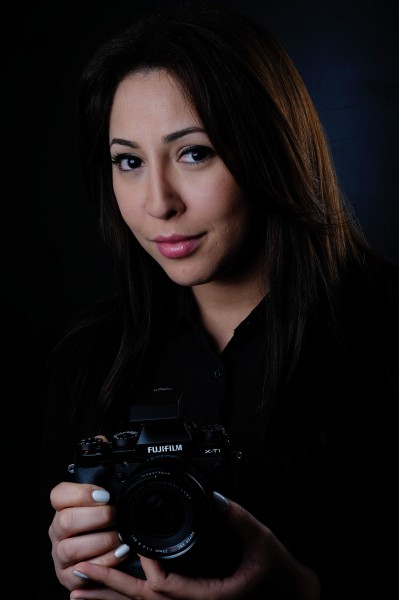 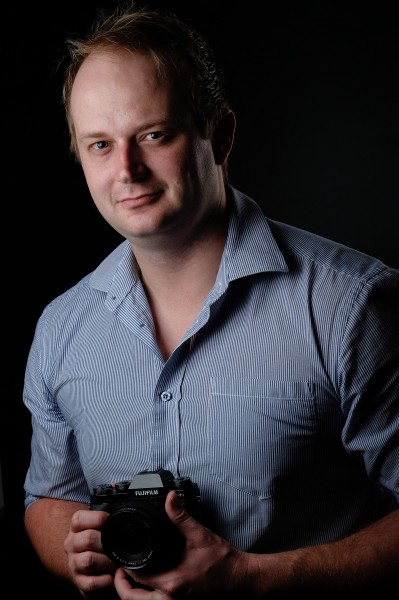 Naturally, I couldnt leave well enough alone.  While the detail on screen was nice… I had to check. How well would the file print? I took the opportunity to make a 29” high print of the one of the JPG’s and was very pleased with the quality.  Just looked good coming out of this little camera. 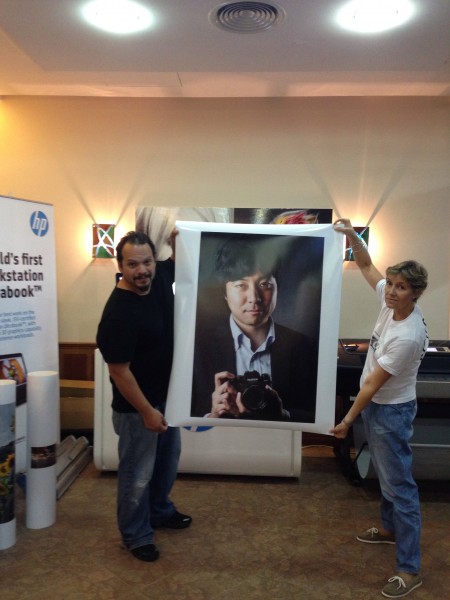 As I explore more with the camera, I will post my thoughts- shooting with different lenses.. that sort of thing.

That said, I could not have been happier with the couple of days I spent with it.  I wanted to thank the Folks at Fuji for the opportunity..

You guys have a real winner with that XT1 there..