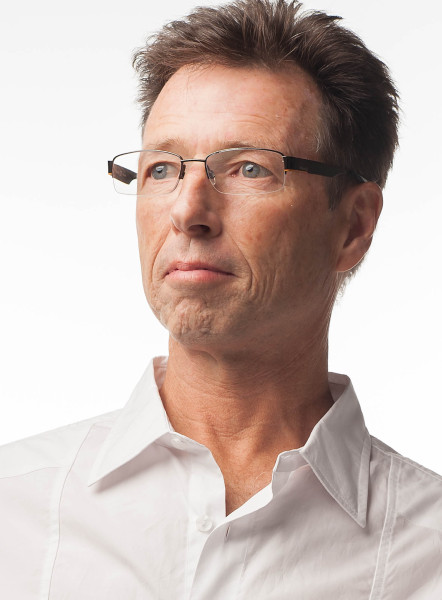 I lost a friend this morning.

I met John Chase about 5 years ago while working here at Kelby Media.  John has been a long time friend to Scott Kelby – hanging with him while Scott and his bands worked the Tampa area.  John worked in sales for the music company Korg.  For as long as I can remember, I was a huge fan of Korg – so I thought it was soo cool that he worked with them (when I lived in Long Island, I was the dumb ass that went to the Korg headquarters to see if I can get a tour… silly me).

John and I started working on a project to see if we could create this skins that would work as overlays to put on top of the M3 workstation.  I remember working for days on getting graphics together – at one point getting an actual schematic for the layout of the keyboard. We moved boxes around and drew layouts from scratch, millimeter by millimeter. Cant tell you how many nights we sat around printing prototypes and fitting them on keyboards.  The project never really came to be, but man did we have fun with it. I could say for a split second I was trying to work with a product I really loved – and in the middle of it made a good friend.  Double bonus.

John moved from there to Line6, always on the hunt for a new idea. Always on the hunt for how to do two things – support the local music scene and make it easier for people to understand why they wanted to get music gear.  As a fan of music gear, I was always willing to listen to his idea.  You would be surprised to know how many people in photography and Photoshop actually -do- music.  It made total sense.

Above all, he was just a cool dude to be around.  I thought he looked a tiny bit like Eric Clapton – and convinced him one day to do a headshot.  John would come over every now and again to the office and just hang with me while we were doing random things, or spend lunches with me by this mexican place not too far from here. I had always wanted to do a portrait of him playing golf at some cool course- truly something that he loved on a personal level.

After losing contact with him for a sec – I finally got in touch with him to find that he had been in and out of the hospital.  Even in there, he remained upbeat – talking about his plans on his way out and how much he was looking forward to his kids doing what they loved to do – longboarding and martial arts.  Last week, we spent some time on the phone scheming on what the next plan would be.  What kinds of stuff could we fix. I felt like a complete ass for losing contact for a bit. Its a horrible lesson that plays out time after time – and yet we never learn our lesson .  Talk to those around you.  Just for a couple of seconds.

My heart just sank when another friend of his told me that he had taken a turn for the worse.  We had -just- talked.  We were going to fix a new plan.  He was excited about it.

I got a text this morning that said he was gone – 1am.

Man, did that guy love his family, was proud of his friends, and was a fan of artists  – music and otherwise.

I’ll just remember him – brimming with enthusiasm and frustration as we printing skin after skin for that damn keyboard.

Rest in peace my friend.

He was an -idea- man.  And you cant ask for a better man than that.