After catching the Canon Expo in NYC and wiggling in a couple of meetings I made a beeline to the airport. As it turns out, Delta was cool with switching my flight for a small fee.

What I didn’t know was that the flight got delayed.  Multiple times.  a 7 Oclock flight didnt get to leave till much after 10PM.

It happens.  To Delta’s credit – the agents were awesome with everyone.  They even went and got all of the passengers food, snacks and drinks.  Kudos for them making good of a bad situation. Theyre trying over here.. 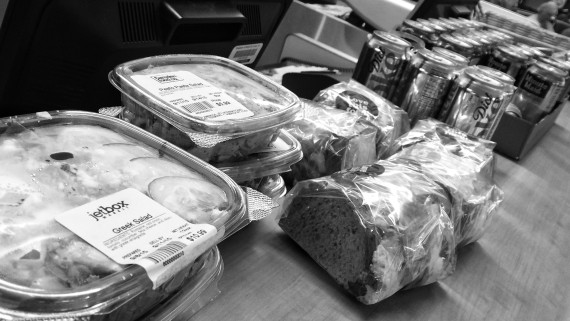 As for me? That wasnt going to get me down. Sure the flight was delayed 3+ hours. Doesn’t matter. Tomorrow morning when Sabine wakes up I will be there – Crepes at the ready for her 7th birthday. Man how time has flown.

As I’m sitting at the airport I am noticing a girl trying to speak to an older lady. You can clearly get that she’s not from around. Not wanting to be intrusive but wanting to be helpful I try to look in their direction and see if I can pick up a little of what she’s trying to say…

Oh I know. That’s Russian. And this girl isn’t related to her. She’s trying to help her. But doesn’t speak Russian.

I’ve been in plenty of foreign places and been up a creek with no language paddle. I know how stranger in a strange land feels… And that can suck. 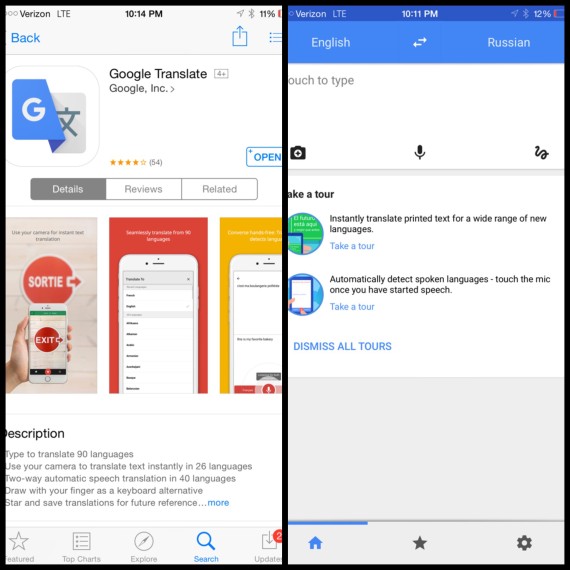 I think everyone should own Google Translate for Android or the Iphone. great app that translates for you in a variety of ways. You can point it with your camera at a sign. It will automatically translate it to whatever language you select. Oh, and did I mention that it’s FREE?  (Imagine if every Delta agent had this on their phone.  How many customer wins they could have by just breaking the language barrier for just a little bit – Richard Anderson.. Im trading you this freebie just this once.  Next one will cost a Status bump. 🙂 ) 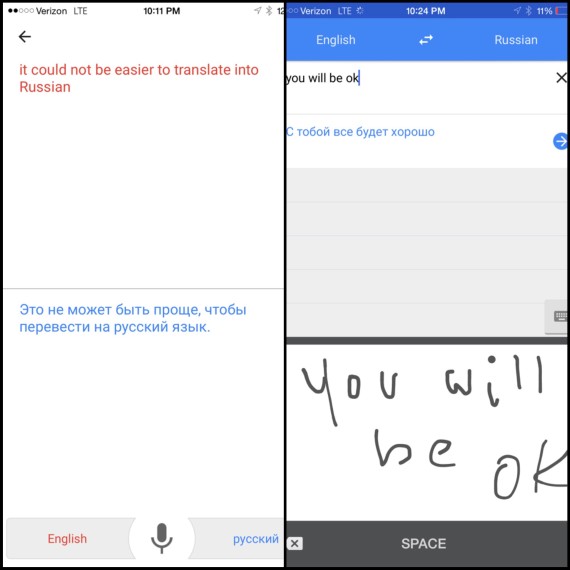 You want to speak into it? The mic will listen and translate … Both ways. You can even write on the iPhone and it reads handwriting and translates.  We knew the lady was on edge and kinda freaking out. We just didn’t know why.

In a couple of minutes of her and I speaking into it we figured out exactly what was up. She thought she missed her flight and was unaware it was delayed. she could just board the flight and know her daughter will be there waiting for her when she lands. Once she found this out she totally relaxed and was grateful. 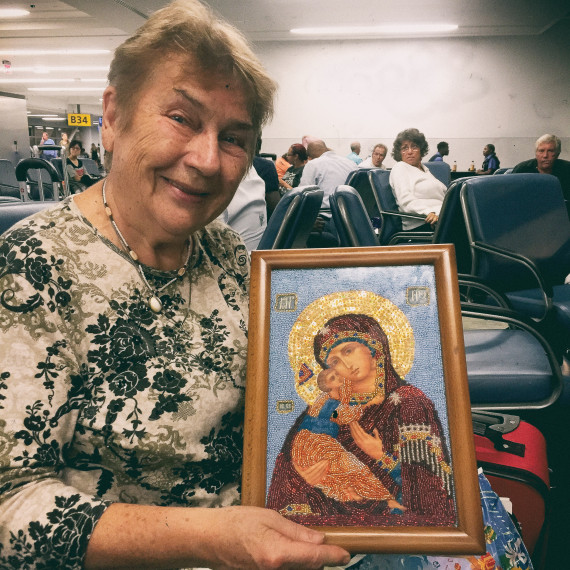 How grateful? I got the coolest smile and a chance to see some of the artwork that she does.  (Big thanks to Savannah who took this pic and the one of Valentina and I) 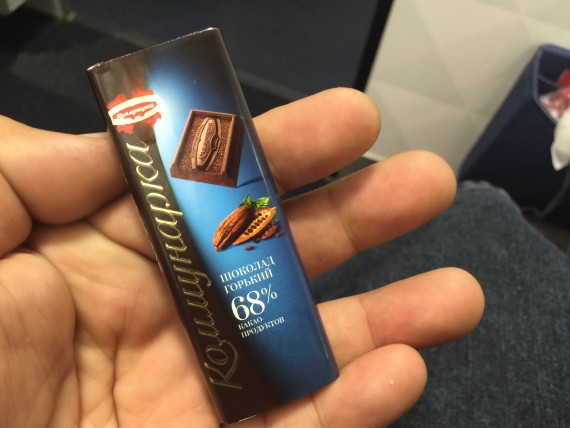 I also got a small piece of Russian chocolate from Minsk.  I’m saving the chocolate to bring to Sabine. I can then tell her the story of how all of this tech that lives in our pocket can not only bridge continents – but generations.
And get her a little exotic birthday present.