A couple of weeks ago I had the pleasure of speaking at the History Miami Museum on printing your images. Turnout was awesome and it was really cool to get out to speak about something that I think doesn’t get a lot of talk in the photography space.  To that – i’ve been ever grateful that the printer team at Canon have indulged me as much as they have and have given me the platform to talk about this.

Why I Love Printing

I just think that printing is such an important step in the process as a photographer.  When you spend so much of your time and resources to make a picture – it seems counterproductive to have it lost in the sea of digital stuff.  I think the print gives you a spot where you can really bring to bear all of the ideas you had in your head and make that final statement.

One of the other things that I think people don’t really talk about too is how paper can affect all of this as well.  Between smooth and textured, glossy and matte, and everything in between – all of these images have these different sounds that they make when they are printed on different papers.  You know how people get about wanting to try this lens, or that lens?  That’s kind of how I am about paper.  While many out there give great detailed conversations about what the correct this or that is on paper – I have a much simpler approach.

I think the pairing of pictures and paper is similar to food and wine.  There are a couple of suggestions out there that are good to follow, but the one who experiments really reaps the reward of a cool combination thats not been seen. 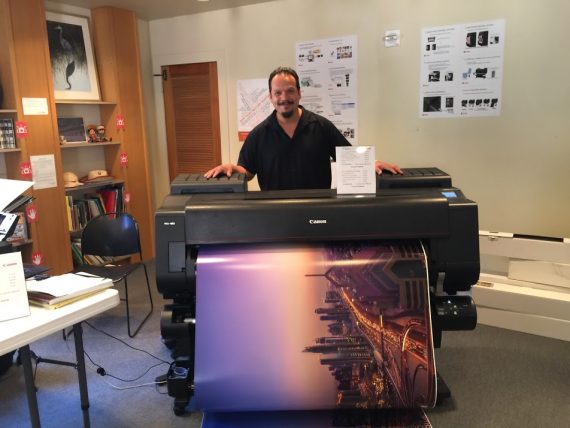 Now, its very easy to get a little carried away with all of this.  I have the Canon Pro-1000 at the office now (moving it out of my house after the Fotopromos studio is finally coming online), but the print geek in me was drooling over the Pro-2000 and Pro-4000 models.  This print was enormous and made quite the statement at the event.  Now – who would have the wall space to actually use this.

Lenovo In The House 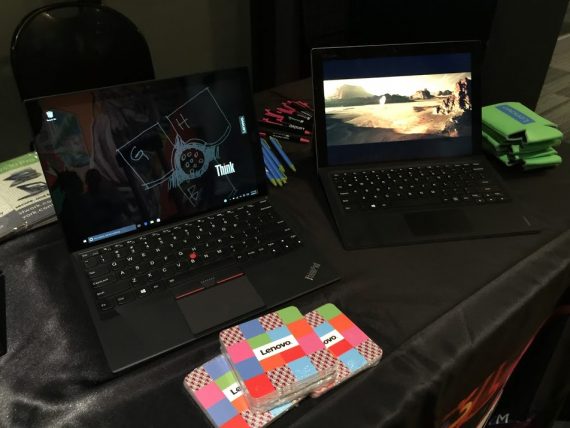 This was something that I was surprised to see – and thought it was very cool. At theHistory Miami Museum, Lenovo was out showing off their Yoga laptops (Which include the X1 Carbon ) and a M Series Tiny Computers.  When I worked at IBM, I was a big fan of the Thinkpad laptop, and I have been pretty excited to see Lenovo out there making good computers. 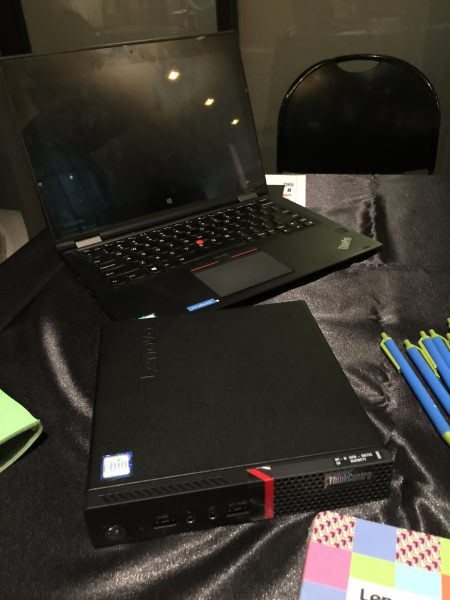 the Lenovo X1 seems to be the laptop that is built for the user looking for a good portable workhorse on the image making front. The Yoga spin to it appears to be the laptop for people that are looking for that combination of tablet and workstation, while the Tiny computer is this portable machine thats ever small and packs a lot of punch for desktop work. 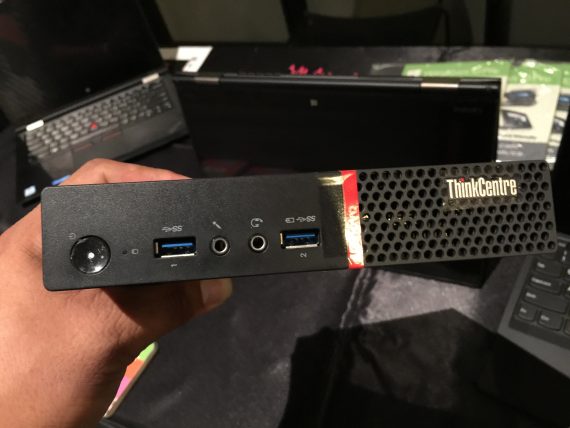 Its really hard to see just how small – yet surprisingly strong this Tiny computer seems.  They have different models for people to check out but seem very feature rich.  Full disclosure – I did not get a chance to play with any of these laptops or desktops so I cant really speak to how well they perform when you are running a large Lightroom library or doing some serious Photoshop work in them.  I just thought it was great that a PC company was out there representing – I think in the photography space there isn’t that much out there -despite people really wanting to see if Mac’s are really the only way to go or if you can get a PC.  I’m going to keep an eye out on these machines, and if I pick up a couple of them to try out, i’ll be sure to share my experiences here.  Tomorrow, i’m posting a blog post that details specifically why I’m using a Mac to date – and my willingness to use a PC (and why you should consider it too).

Some Thank You’s Are In Order

A special thank you as well to Frederic Friedman at Image Pro International for hosting the event and flying the flag on printing.  Last but not least- thank you to Jorge Zamanillio – the Museum Director of the History Miami Museum.  It was such an amazing experience – and our chat over lunch has had my head buzzing about how I could take printing even further.  Thank you so much for that!