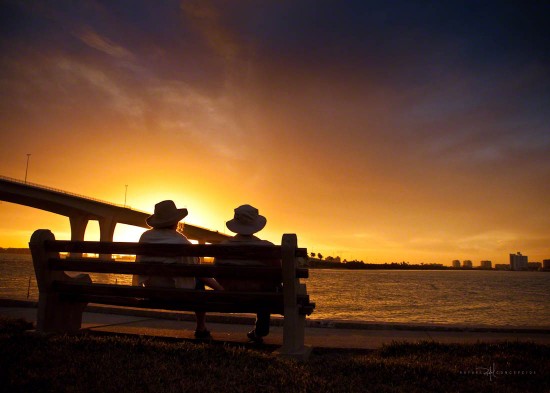 [Full disclosure: The opinions on this blog are my own and represent no one but me…]

This afternoon I read a series of articles and Twitter streams about an event that I thought got really out of hand – and made me wonder.  Photographer Jay Maisel and artist Andy Baio recently were involved in a lawsuit where Jay sued for a violation of copyright for a famous image of Jay Maisel used in a art-album concept called Moment in Bloop.  In short, this album was a re-interpretation of Miles Davis’ Moment in Blue album in a Chiptune kind of way.  In this album, Baio used the cover art of the Kind of Blue album and made an 8 bit representation of it to accompany the album.  Maisel sued, and the affair was settled out of court with Baio paying 32K.  At the core of the argument was whether this representation of the cover was a Transformative Work, and therefore covered under a Fair Use policy.

While I have opinions on whether this was fair use or not – they are just that: opinions.  While I think that theres a lot of merit in discussing these items publicly  – those really werent the things that immediately came to mind for me.  I sat and read a Gizmodo article titled “Kind of a Dick Move” that was written by a friend of Baio – talking about the case, the blog posting, and after placing the emphasis on Jay as the owner of a 72 room mansion, it ended with “Oh well. Presumably Maisel has a nice heating system in that 72 room manse to warm his cold little heart. Or maybe he can just burn some money.”

I guess this was the part that i found disheartening.  Reading the article and the twitter streams associated with them – it paints a David vs Goliath story where the super rich – with their means and influence crush an artist without a process.  I guess the problem that I had with it was posited that this was the reason this was such a ‘dick’ move.  People took to Twitter calling Maisel all sorts of names, and leaving nasty comments on a page that was ultimately taken down.

Thats where I had questions:

What does having a building/mansion/boat/means have to do with this situation?

As a Photographer – we focus on registering our Art with a copyright office.  We do this to be able to protect ourselves in the event that there is a violation of copyright.  I was in a conversation with someone on the event, getting a message “The wealthy have access to a legal system that others do not”

When you register your images with a copyright office, one of the things that this registration gives you (prior to infringement) is the ability to collect attorney fees and statutory damages.  This would mean that -any- artist  wealthy or not, could go to the very same lawyers that Maisel did  for a copyright violation, show that they registered their work, and be afforded the same consideration that everyone else did.  The lawyers would take the case knowing that if they win, they would get paid by the case.  Even further, the lawyer that Jay uses base their work on that.  “No money for you, no money for them”

I pay my rent on my place just like everyone else does.  It would be a hard pill to swallow if we all of a sudden needed to gauge whether we can prosecute – or be prosecuted based on how easily we make our rent.  That to me would reek of classism.  When I work on my images, I register them to make sure that this is protecting me.

The part that I found really funny was that in the article the “Kind of Bloop” project was credited for Kickstarting a company Baio helped create.  This company looks like is doing awesome work out there, and according to a Business Insider article – has generated  2 million dollars to date.  I don’t draw a conclusion to say “2 million dollars.. how much of that does one of the creators of the program get.. is it a lot or a little.  How big or little is this ‘David’ in this case”  The fact here is that  none of this matters.  It doesn’t matter what either one of these people have, and it doesn’t matter if one has more than another.  That’s not what’s at issue there.

What does ‘not damaging enough’ have to do with this situation?

I saw another argument that came up that noted that the 8 bit pixel version of the image was Transformative enough – and that it interpreted the picture differently, and not in a damaging way.  As a Photographer- I know that I try to go out there and make the best image I can with the tools I have.  I select subjects, focus on the important things, tend to place less focus on things, and manipulate my camera in such a way that I can get the most amount of detail in the places I think there should be.  The level of detail that is in the image speaks to my crafting that artwork.  When someone steals a low resolution print from a photographer and prints it – I feel like the photographer is robbed on two accounts: Their image is stolen first – then all of the intention that they made in the image (the detail) is compromised to a level where its not as ‘good’ as what they intended.  I can totally appreciate the artwork that went into “Kind of Bloop” but I could -also- totally understand it if someone would say “I dont think that I would like an image that I worked to create be manhandled like that”  . I could totally understand One man’s 8 bit tribute is another man butchering of a picture.  The Kind of Bloop album was to show what this music would be like in a Commodore-64 type world.  What if the drawing on the cover looked like the characters in the Atari 2600 version of “Boxing” – and a subtitle read “A Chiptune Tribute to a Miles Davis Classic” .  Truth is, who knows..   The fact of the matter here is that I can totally get it if someone argued that they didn’t want their artwork interpreted in a specific fashion and  that you could at least – consider that someone would have an objection.

Is a Photo Art?

When I was reading the article on Gizmodo, Baio noted that he went out of his way to make sure that he was above board, paying licensing fees for the music that was being used.  Again, in my opinion – I feel like it was -understood- that reinterpreting the music would mean that one would have to ask for permission to do so, and possibly pay a fee to do so.  This would mean that one could consider that music a piece of art – that would require some credit, attribution, or license.  So why not the picture?  Why wouldn’t an image that was taken, that people who are into this music the world over would recognize, be considered as something that you’d have to ask for permission on.  The music could be seen as totally not fair use, but the image totally is?

This reminded me of The Stolen Scream – the video and blog produced by Noam Galai where a picture of him screaming on Flickr became a worldwide phenomenon.  From clothing stores to protest movements.  Despite the online world finding the picture – manipulating it, and  having commercial and political sucesses with it.. he’s been paid for it -only once-.

As I see it: Fair Use doesnt mean Fair Game.

Cease and Decist Versus Suing? Not My Place Either

Another thing that was discussed was the issue of whether the lawsuit, settlement, or any portion thereof was ‘extreme’.  The case is argued that wouldnt a ‘cease and decist’ been more in order before running full bore into a lawsuit?

Truth is, we don’t know..   I wondered how I would feel as an artist if I felt like my rights were being taken advantage of.  Would I be cool if someone -else- decided how serious I should be in protecting those rights?  Chances are, I would like to reserve the right to decide how an action affects -me- and what kind of response I would want to do.  I just looked out to my Civic in the parking spot – and imagined if I saw someone trying to steal it.  Imagine if  I thought the appropriate action was to put my garbage cans in front of it to prevent him from leaving and called the cops.  Then imagine if the cops came and said “You know, that was wrong.  Why didn’t you just tell him to stop it”

They weren’t there.. they didn’t see it.. and both were within my ability to do.

So What About “..The Dick” Article?

All of the reasons why this was handled, one way, or another – is just speculation or opinion by all of us.  I don’t think it’s cool, however, when an article like Gizmodo runs painting a one sided and, truthfully, derogatory, picture of the scenario in the efforts to incense and inflame others.  I believe that the article coming out the way that it did incited people to go on a negative run on Twitter and Maisel’s Facebook – to the result that the page appears down.  At the start of the article, the author discloses immediately that he is a friend of Baio – and then proceeds.  Much to Baio’s credit – he’s been cool on his page to say that he doesnt believe that theres a place for this negativity and that he believes that an open discourse is cool.  Unfortunately, the article does the complete opposite.  In my own opinion – I could not think of a better way to highlight how that article couldnt be considered as anything other than defamation or slander.

Last night I was chatting with someone on Twitter when my defense was met with a “Cohort” response.  It wasn’t meant pejoratively – but a part of me was sad that I knew something like this would invariably be made to be that way.

It’s totally cool for someone else to defend their friend with negativity.

I just wanted to be able to make sure that I could stand up for mine. I’d expect my friends to do that.