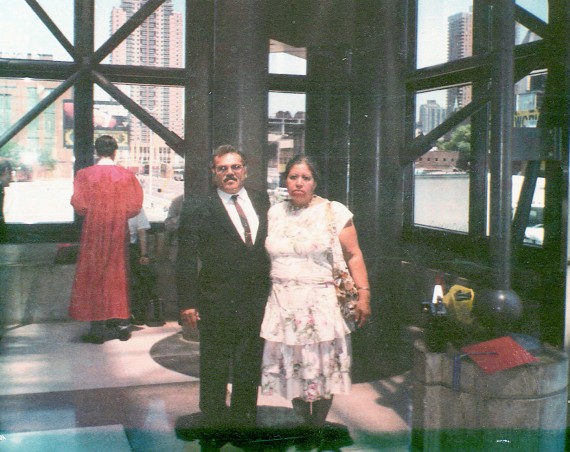 So, tomorrow I am going to be bringing my Photoshop for Photographers Tour to New York City. It’ll be tomorrow at the Jacob Javitts Convention Center. If you want to come, click go to http://kelbyone.com/live/event/131522/ for details. While I always get excited to speak in New York, and I love the crowd that comes out. For me, Javitts and New York are incredibly personal to me.

I was raised not too far from here, in the South Bronx – the son of a Mexican immigrant mother, and a Puerto Rican father. He was a building Super. He and I had a.. how shall we say… tumultuous relationship. They both never went to school a day in their lives. I am one of 7 – second youngest. We grew up during the crack epidemic. Lets just be fair to say that statistically speaking, not many people would have given my family great odds.

Despite addictions, lack of money, no education, and everyone around us ending up either in jail or in a morgue, we marched on. Despite many of my Dad’s problems.. I feel that deep down, he loved me. My mother shared her unbridled and unwavering demand for respect, for focus, for ethic.

I spent my youth cleaning up other peoples trash and moping and sweeping a building everyone else lived in. We lived in the basement with a boiler room as a play area.

A couple of months shy of my 16th Birthday, I graduated High School – determined to not become a statistic. By then I had been working for 4 years… from packing bags at 12 to a Mister Softee ice cream truck. I drove out to long island to wash dishes and be a waiter for other peoples parties. All of my brothers did exactly the same. Each of them worked harder than the next. For me, I was destined to make the pen my salvation.

I went to a big school (JFK in the Bronx), and our graduations were held at Javitts. Shocked as I was, my dad got out of his normal uniform of black pants and a beat up camoflauged shirt (he easily looked like a homeless person youd pass on the street.. all the time) and got dressed in a suit. My mother got dressed up. They came to see two of their children graduate that day. Me, and my brother Jesus – two years older.

A few months later, I would be boarding a train at Penn Station with two duffel bags and a Brother Typewriter to start my adventure at Plattsburgh – my parents not even knowing what direction to point their car to get there.

That is just -one- chapter in an incredibly Happy/Sad/Sordid/Evil/Humiliating/Regretfull/Hurtful life I never really fully thought i’d see.

I am not better than any single one of you. I try my hardest not to let anything thats happened to me affect the fact that i’ll shovel shit if I have to to stay above water.

But if you told me that I’d be returning to Javits as a _*Speaker*_ ?

No. I wouldve called you crazy. Lord knows this is all i’ve ever wanted to do. I just never thought it would happen.

And I spend my time thanking all of you reading for that privilege.