If you’re reading this, you probably already know by know that I am ever the geek for technology and photography.  For the day job, i’m blessed to work as the host of Photography Tips and Tricks at KelbyOne.  This means that i’ll spend my days trying to answer questions (as best I can) about the world of Photography.  I spend as much time as possible shooting Canon, Nikon, Fuji, Leica, Hasseblad, Olympus – among others.  Last week, I got a call from the folks at Sony, inviting me out to a private event to get some hands on time with their A7 and A7R cameras. 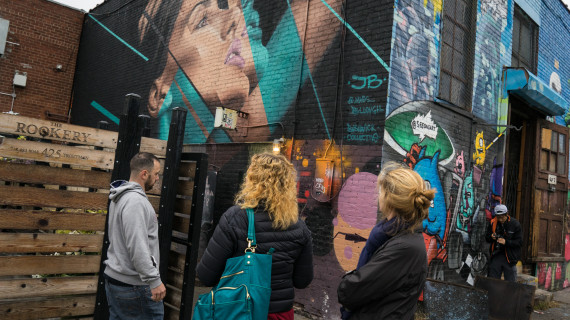 I flew into LaGuardia late on Monday – getting there a little bit after midnight.  In the morning, i was greeted by my buddy Brian Smith and Vivienne Gucwa and the Sony folks. From there, Sony checked out a loaner A7R, glass, and a memory card. We then headed out to the streets of Bushwick to check out The Bushwick Collective. 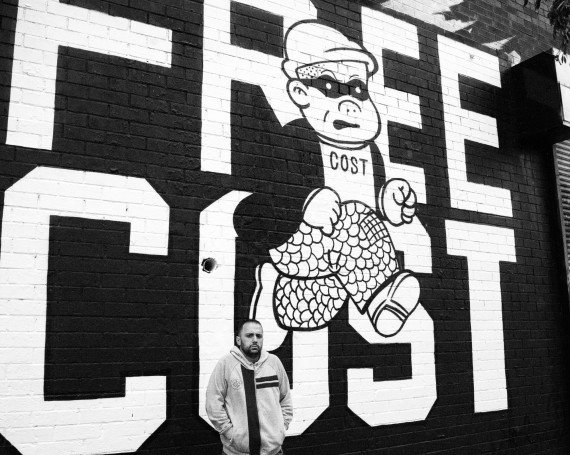 The brainchild of curator Joseph Ficalora – The Collective is open art gallery for street artists.  Building owners donate their walls and street artists from around the world come out and make their art. 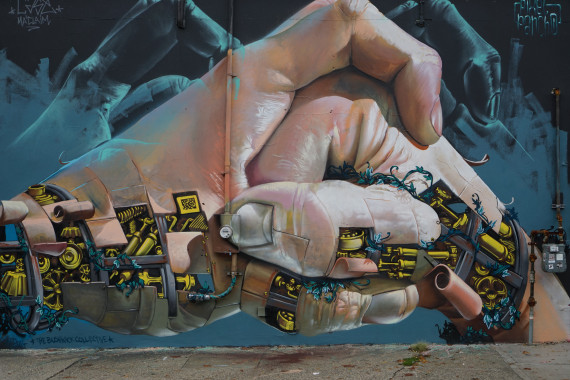 Joseph started us out with the story of how he got to start this movement – revealing the very emotional journey to complete strangers. 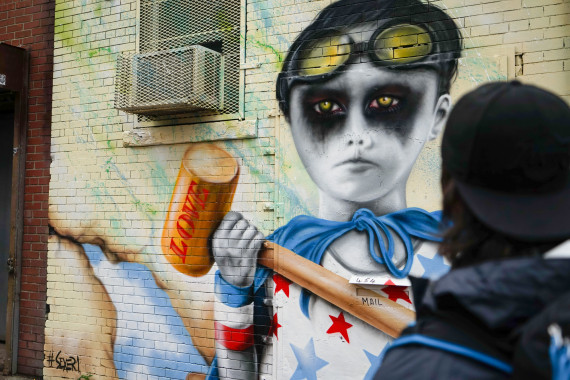 (“Love Conquers All” by Sexer)

Took everything I had not to hug him.  Man has seen a lot.  He looked at the assembled photographers and told them about the joy, luck, and benefit that we have as artists pursuing our art as passionately as we do. 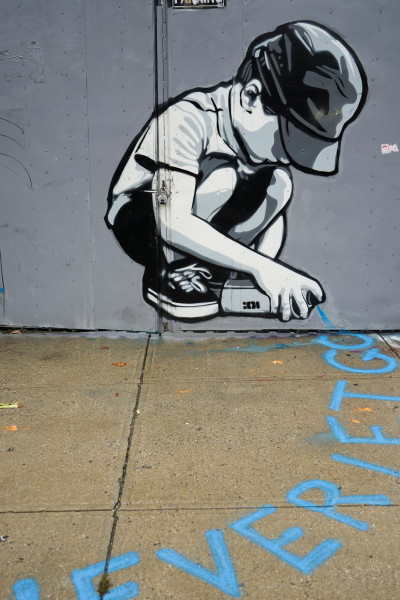 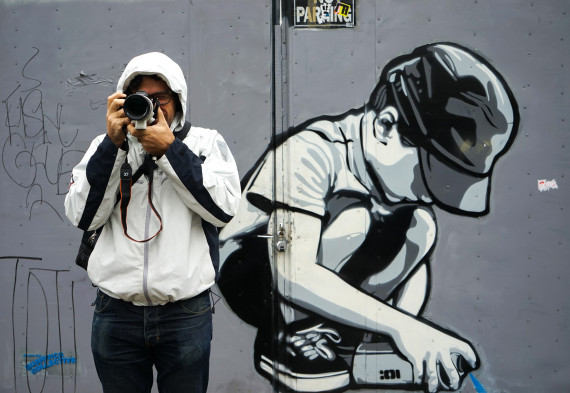 Got a little street time in with Peter Hurley. 🙂

After shooting outdoors (mostly in the rain) we headed into a bar area that had a real cool look to it.  Figured this would be a good spot to try making a shot with the A7R that really highlighted the 36MP sensor. 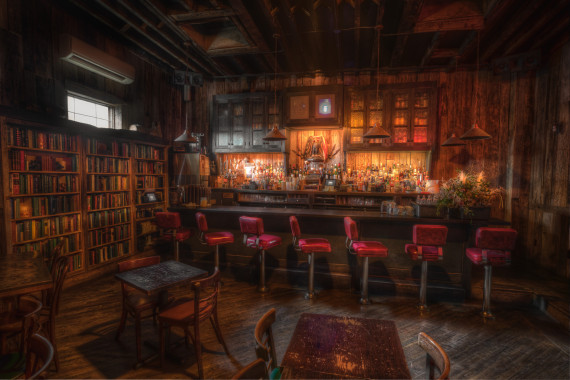 Picture of the interior of The Rookery – another bar we stumbled on our rainy walk. 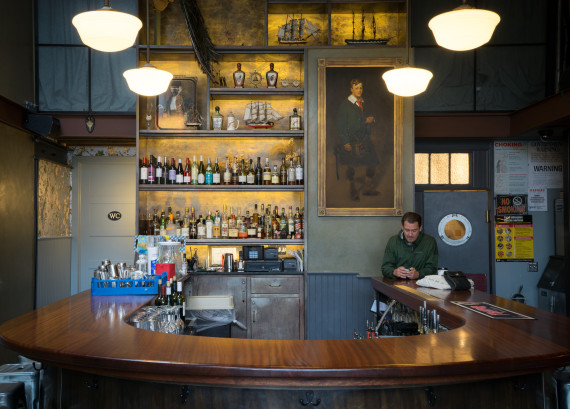 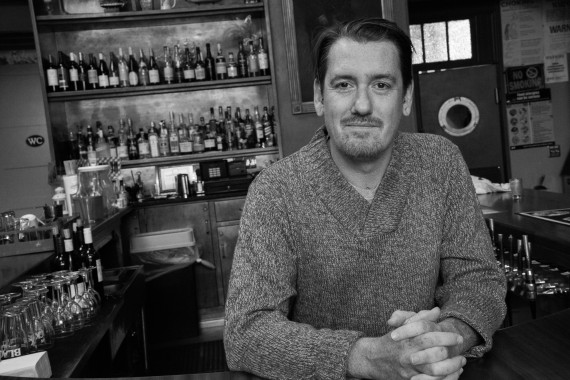 I figure the man was nice enough to pour us a shot in the rain, the least I could do is try to make a decent portrait of him.  Switched the A7R into black and white and made the shot.

After the stop, we wandered around and looked at more of the paintings in the area.  I really want to come back here with a set of lights and subject.  The backgrounds were just so intense. 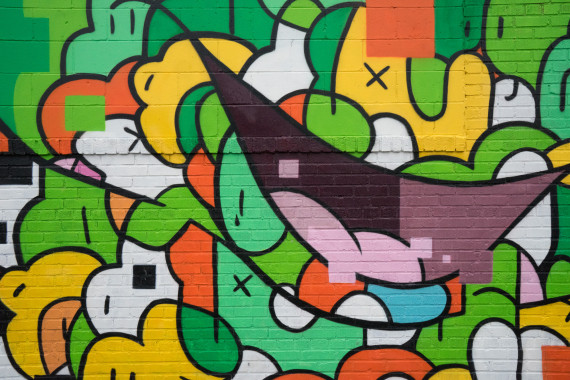 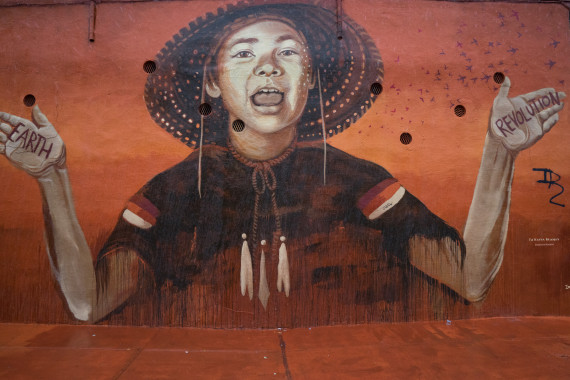 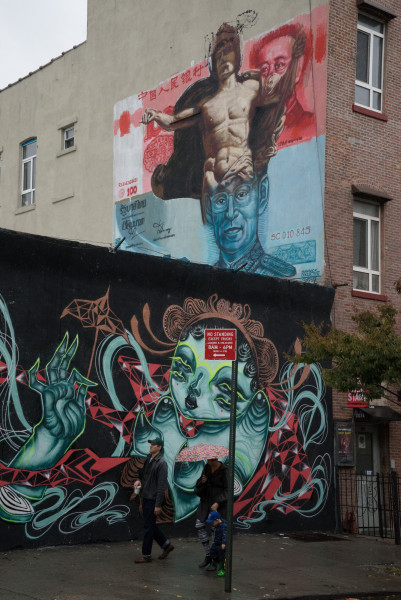 (Picture on top by Gaia )

After a bit of a coffee break and rest we headed out to a hotel that had a good view of the city from one of their rooms on the 8th floor.  Though the day was cloudy, a bunch of us decided to wait it out and see if we could make a shot when the lights of the buildings started to come out. 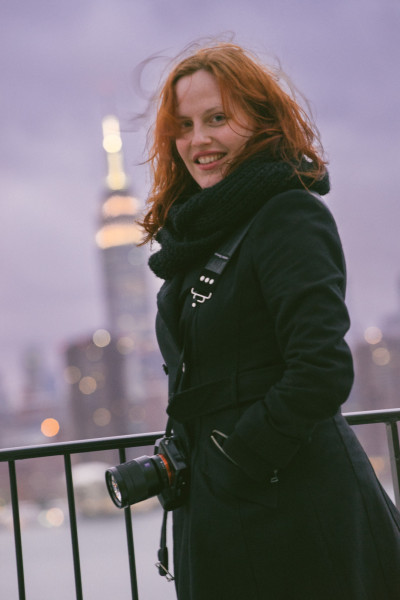 Vivienne was nice enough to stand in for a shot while we were waiting for the light to get better. 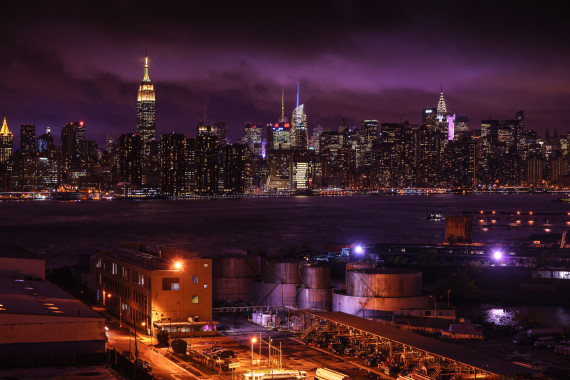 I figured since the light wasn’t really agreeing with us tonight, I would just play around with the white balance settings on the camera.  Switched the White balance to 5500, then adjusted the blue and magenta to get an interesting sky look for the image.

This image is actually 2 A7R shots stitched together.  I’m really excited to see how well these two print out. 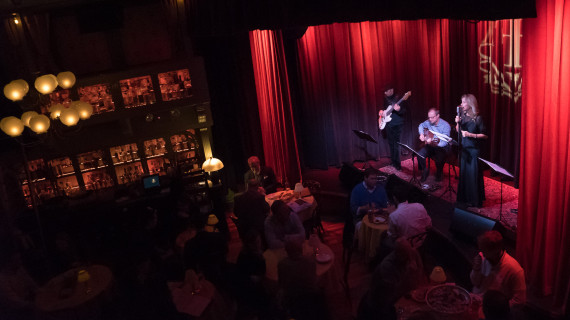 Once the light was really dark we headed out to The Flatiron Room in the city for dinner and music.  It was at this point that I was able to switch and play around with the A7S  . This camera is known for its low light sensitivity and how well it does with video.  The image you’re looking at above was shot at 25,600 ISO.  Does it have noise?  Yeah…  but it’s minimal in my eyes.  Minimal considering that this would not be a shot you’d normally get in other instances. 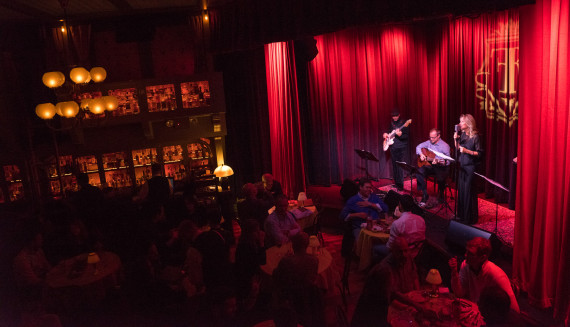 Switching back to the A7R, I made this comparison shot at 6400 ISO. 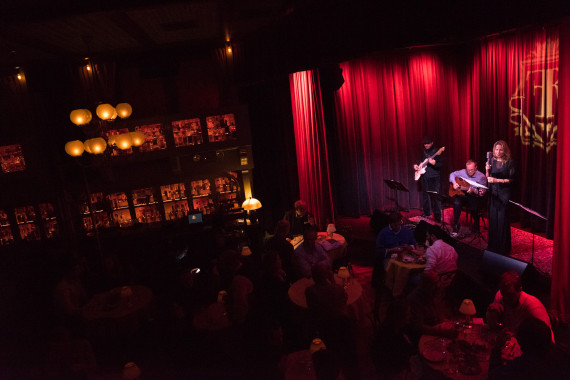 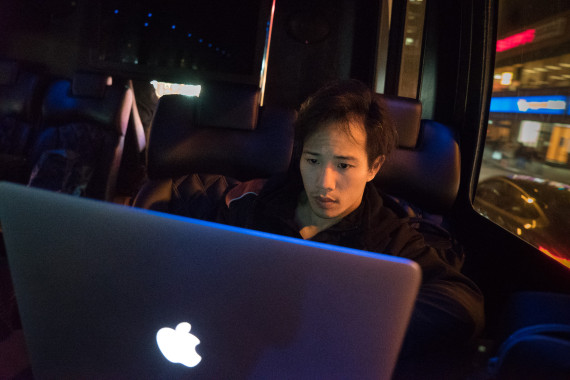 The piece de la resistance?  Shot this picture of photographer Benjamin Von Wong (was really nice to meet F2F) at 40,000 ISO while he was working on a video of the whole experience.  That guy is nonstop…

Once we got back to the hotel- we checked the cameras and lenses back to Sony and it was time for bed. 6am came waaaay early, as I write this from a super dark SUV, whisking me to LaGuardia again.

I’d love to be get the images onto a 4K TV and see what they look like there. I think with all of this resolution, you’re going to see TV’s become a very popular medium – in addition to the print.

Overall I thought that the handling of the camera was pretty good. Camera responded very well and took a good bit of water walking around. From what I have heard out in public: people keep commenting on how the A7R is kind of like a mirrorless version of the Nikon D810 – the sensors being very similar. Image quality was great and ISO handling was pretty good so I could see where people would make that comparison. Focus felt a little slower than I would have preferred but for anyone who owns this camera I’m sure it won’t be too much of a deal breaker.

I wanted to send out a big thank you to Kayla – Director of the Sony Artisans of Imagery Program, Michael, Jenn and the entire team out at Sony for asking me out to get familiar with the camera and help our viewers! You guys can put together a really cool event. As I print out some of these images I’ll come back and share them here.