Anyone who knows me, knows that I am a nervous parent. Lord knows I don’t mean to be.  I just am.  I want Sabine to grow up to be a strong, smart, and confident child.  But, I know full well that my being 6 inches away from her movements will definitely stifle that.

She has two bikes.. and I have had this creeping feeling that I was going to have to take those training wheels off very soon – I was just afraid of her falling.  Jenn has done great with her running on her balance bike, but I have been dragging my feet at doing it.  It was only until after meeting with my friend Carl that I mustered up the courage to say “Ok.  Today will be the day.”

I took a deep breath.. and went off to try it.

We started on Friday taking the training wheels off her bigger bike and getting her on it.  After 30 minutes later – I can safely say that it did not go well.  She rode it OK and didnt fall – but my anxious yelling and fear … well.. it didn’t yield my proudest dad moments.  While she did OK – I felt like I totally failed.

I spent that evening driving around listening to Youtube videos wondering what I had missed with her riding her bike.  She can certainly do it.  I must have been missing something.

Then it occurred to me.  The bike that she was riding looked a little too high.  She was barely touching the floor.  If she could plant her feet down on the floor she would HAVE to do better.

I had a plan, and would try it the next day. 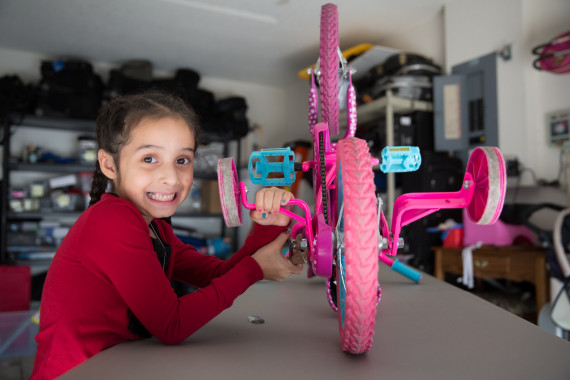 The following morning, I took her out to the garage and had her work on pulling the wheels off of the smaller bike.  She changed her clothes and got back on the horse.  So to speak. 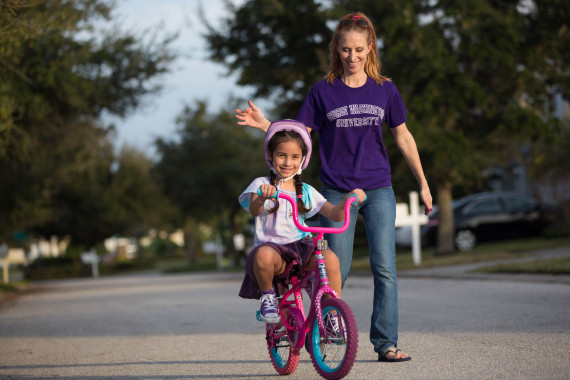 She took off in about 20 minutes, no needing of Mom or Dad.  She was wobbly.. and she could definitely use some more practice on it.  But.. she was off and running.  Not a hitch. Wobbling down the road.. she was riding her bike on two wheels.  All the while, a deep sense of pride welled inside of me knowing that she could do this.  Knowing that I was the one that was more in the way than her. 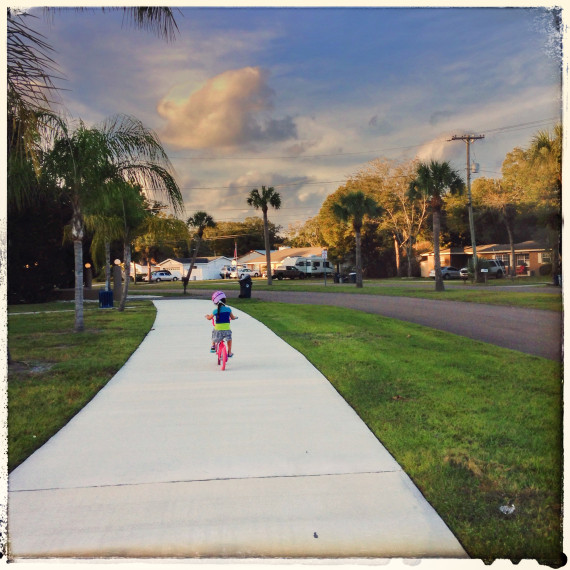 We took her out on Sunday to try it on a more open road.  Still a little wobbly.. but considering the fact that she’s done it for a total of an hour so far… I think she’s well on her way.

As we headed to Fridays for some dinner, I explained why I was being so tough on her – making sure that she reminds herself every time…

You are stronger than you think you are.

You are smarter than you think you are.

But you will get it. 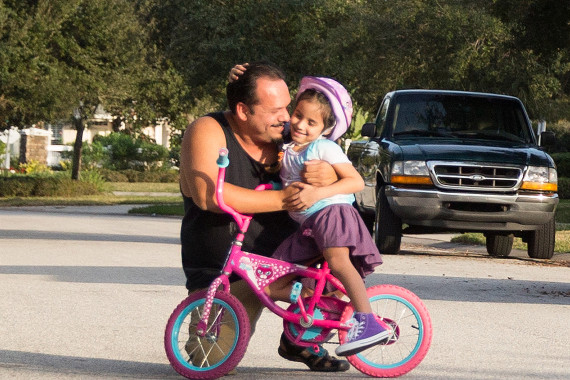 Don’t know who learned that lesson this weekend better…