In February of last year, I was out in Dubai attending Gulf Photo Plus during a particularly turbulent time in my life.  I was on a plane to an incredibly cool place in the middle east -somewhere I have always wanted to go and have become fond of over the last couple of years – and yet I was feeling like I was hurling through the air falling off this imaginary cliff.

Dubai could not have come at a better time. 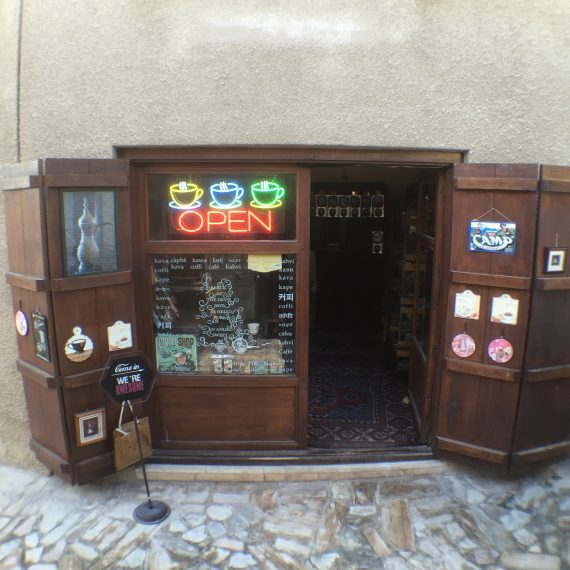 I wanted to take advantage of the day off before my talks so I took off into Bastakiya to amble about and make some pictures.  Who would have thought that I would have stumbled into the Dubai Coffee Museum!  What a wonderful place! 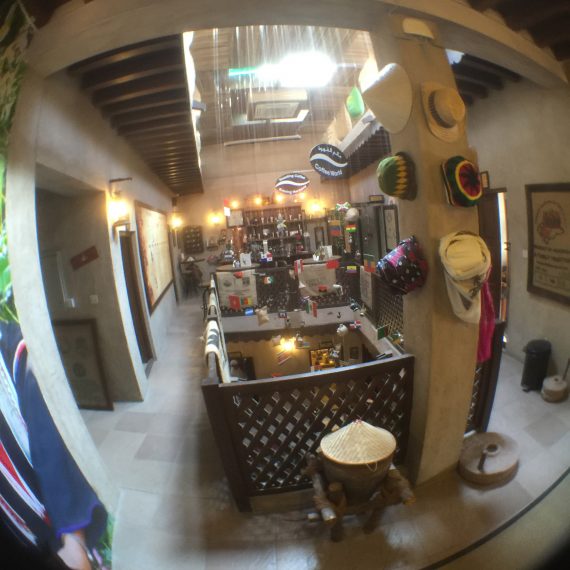 This is a multi level museum that goes over all of the history of coffee, with stations serving coffee from different periods.  To say that I was at home was a sincere understatement.  Totally worth the visit. 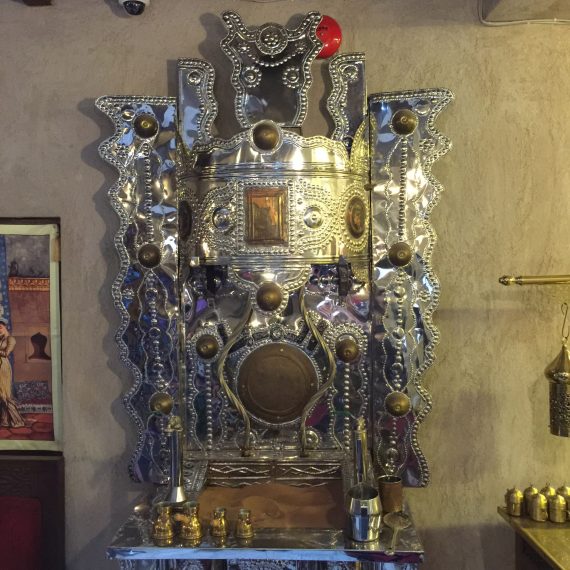 While we were walking around, we noticed this GIANT machine in the corner of the room. 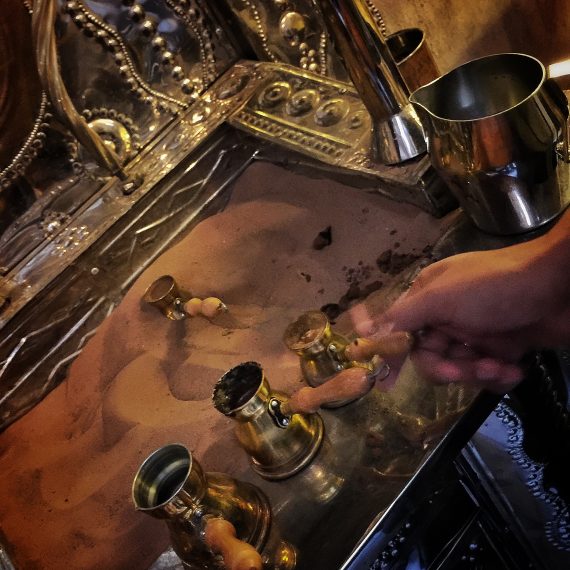 Turns out, this machine makes Turkish coffee by heating it in red sand.  The machine was hand built for the museum and is worked on expertly by Abdul Hamid. 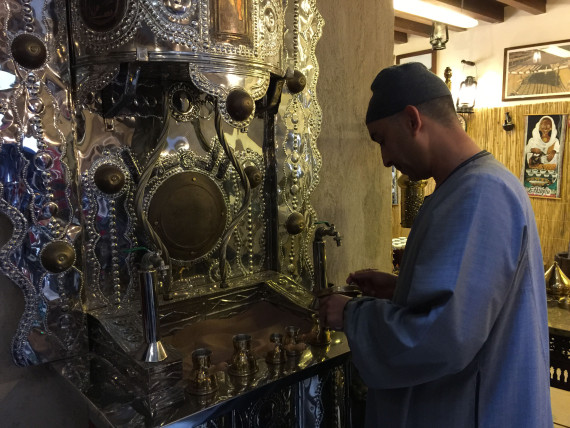 As I watched him work on making the coffee, you couldn’t help but bask in the level of passion that Abdul was showing to his work.  This is an amount of craftsmanship you rarely get to see, and it had such a calming effect. 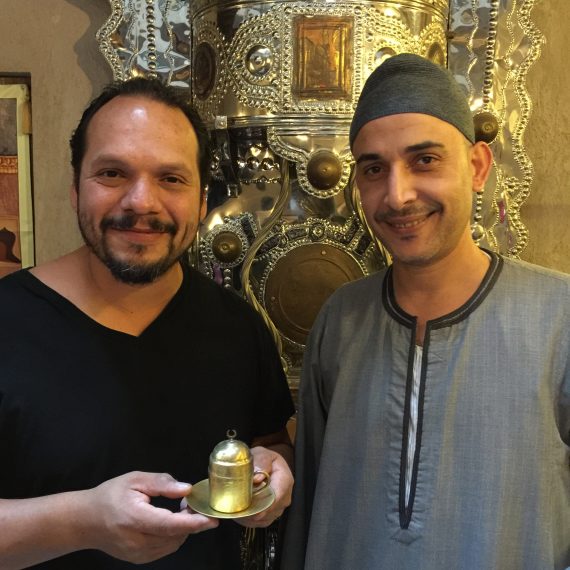 As I got the coffee, I explained to him how grateful I was for it, and thankful that I could watch a man, who is dedicated at his craft work magic (thank goodness for my local fixer Raad – this would not ever have been possible without a translator. Though I am working on my arabic).

Abdul would explain that he watched his father make coffee – and that from an early age, he knew this was all he wanted to do.  His education in the world, was coffee – and his life’s work has been to continue to make coffee.  I clumsily try to explain to him the movie Hiro Dreams of Sushi – and the lack of craftwork I see around me.  To me, I am standing in front of a master.  With a warm smile, he gestures with his hand as if he were measuring the height of a small child. 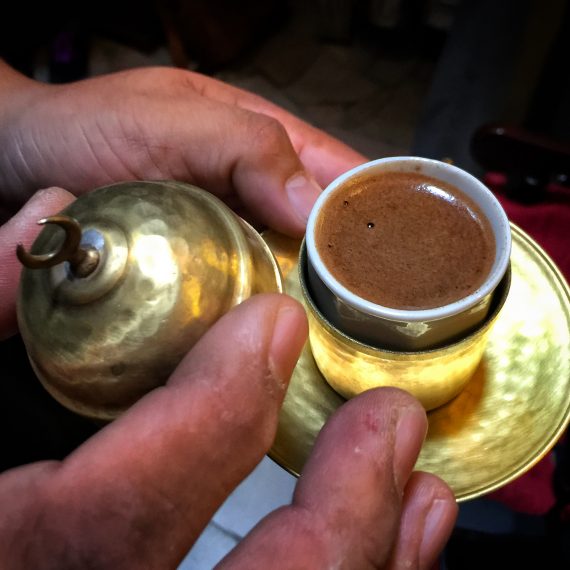 As I sit and have my coffee Abdul explains to me how she feels a certain amount of energy as he makes coffee for the person next to him. He believes that the interaction has between the coffee and the person is something that is very important so he has dedicated his life to exploring and learning more about hey scratch.

He would tell me that he knows that there are probably other things that he would do that could bring him riches, but that this is what he truly loved. In that, Abdul believes that there are other riches that are given to him that are not necessarily monetary nature. I finish my coffee he informs me that the goal is to be aware and to listen for when you were presented with these gifts.

I don’t know what it is, but life has had this funny way of placing totems around me to kind of guide me where I should go next. The process is never a real active one – nor is it ever clean – so to speak.

I see myself as a bowling ball on kids night at the bowling alley. My life has been set – ambling from side to side from bumper to bumper- invariably hitting the pin at the end of the lane.

I remember having a moment of crisis as I left college wondering what I was going to do – only to drive by an IBM building four hours away from where I live and staring at it. A couple of years later I would work in that building….

I remember sitting at a supermarket parking lot questioning whether these totems actually existed or just a figment of my imagination -only have a car full of nuns pull up next to me and stare at me and my friend. The driver nun-just smiled, nodded, and left.

A couple of years ago I sat in a taxi cab in Calgary leaving a restaurant in the middle of a snowstorm after talking to a friend who urged me to go into business for myself. Without saying a word to my driver, he would proceed to have a two hour conversation with me in the middle of snowstorm traffic about how He had a feeling about me that called for me to do something for myself. At the end of slogging through the storm, the taxi deposited me at my hotel and he refused to take my money.  I asked him for his name to say thanks and he told me it was Jonah

I’m not a religious person but I do have some believe it’s spirituality – that there is some form of higher order running the millions of light-years of space around us. And for some unknown reason these totems bop around me and hit me down some path.. 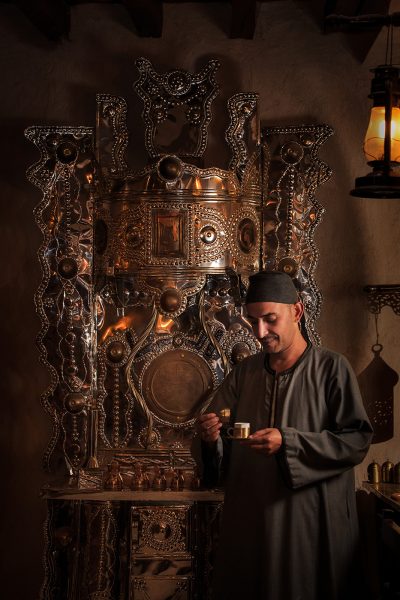 All I wanted to do in return for his graciousness is to make a portrait of the master and his craft.

So here I am in Dubai – feeling like I’m falling off a cliff. Out of nowhere I stumble into a coffee museum (if you knew how much I loved coffee you’d understand) – and another totem pops next to me – mid fall. Abdul reminds me that I can choose to believe i am falling – or I can accept that I hated being on the cliff – and now I’m actually flying. I have desperately wanted to go back and try to film Abdul doing his thing – and I might be able to in December. I think more people should meet him…

….it’s actually more of a controlled fall. But let’s see how it looks at the end.