The last couple of months have been pretty busy from me, just in setting up a studio from scratch to do all of the work that I wanted . Now that some classes are done and recorded for Fotopromos, I had wanted to go back and start a series of blog posts that just shared some of the gear choices I was making from the start.  Figured it be kind of a mix between a Behind the Scenes look at what i’m building and a gear chat. Maybe some of this can help you guys as you build out something at home.

So, why not start with Set 1 at Studio de RC: 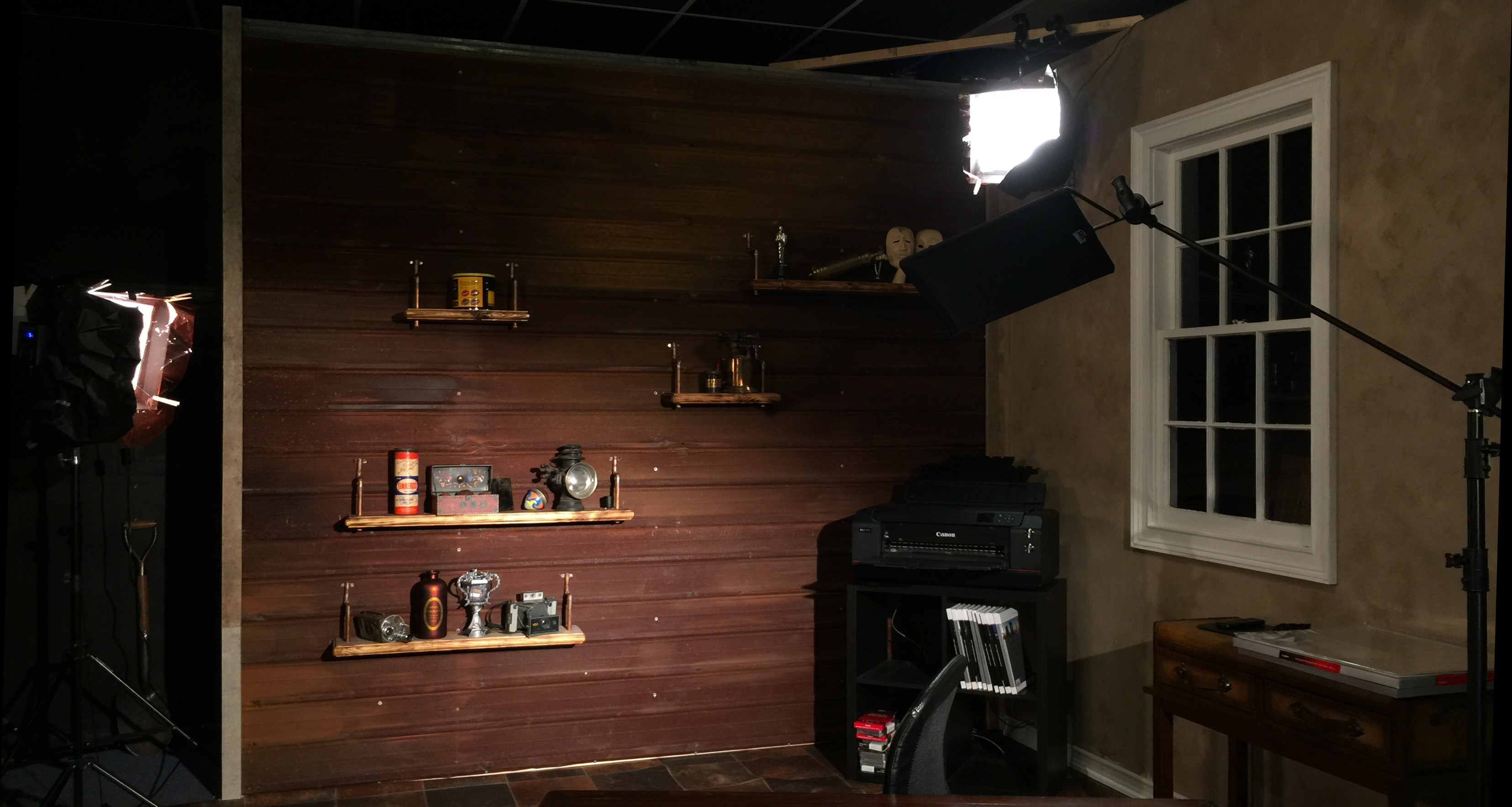 The set is custom built by my friend Kim Patti (whos work is amazing).  Its based on something that I had seen out shopping at some antique places.  I loved the dark tones of rusted metal and the combination of burnt wood (to go with my newfound affinity for woodworking stuff.).  Kim went out and built these two walls with some tin we got from an old barn. 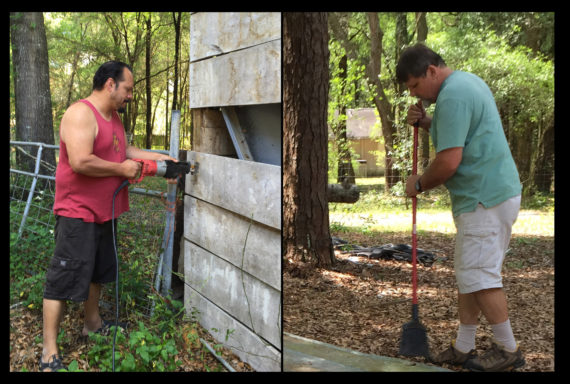 The wood that you see from the top and the left trim on the set is actually reclaimed Hickory wood that we took from from an old barn that Kim took me to. The fact that Kim let me use a power tool – let alone a tool that cuts stuff shocks me to this day.  Keep special note to the sweeping Kim is doing.  What is getting rid of? 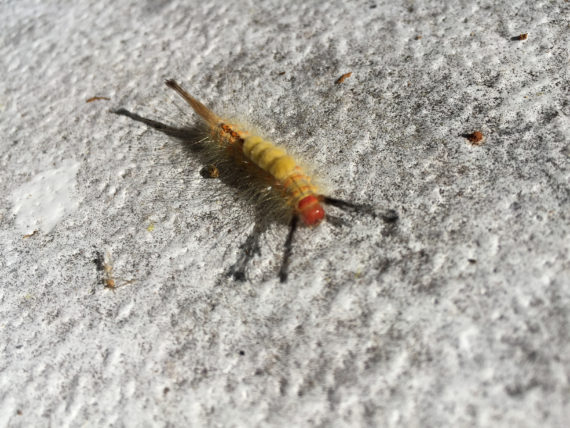 These guys.  Apparently these guys lay these little eggs that were all over the wood.  We just wanted to get rid of them before we threw them in the truck.  Little did we know that being around those eggs, sweeping them, and handling it in a tank top is a very very bad idea.  The next couple of days my torso would be covered completely in hives from the allergic reaction I had to the little cocoons.  But hey – we got reclaimed wood.. so that’s good.

For lights on the set, i’ve gone with a combination of LEDs and hot lights.  The main and fill lights are 1000w hot lights – the Altman 175Q Fresnels.  Light’s being softened by scrims in front of them that work well.   To accent all of this, i’m using the Westcott Flex LED 1×1 Lights at top right and left to help with hair and accent light off the shoulder/separator.  We are also using another pair of 1000w lights in other spots, focusing Fresnels to add more punch to the scene.

Starting the studio from scratch means i’ve had to sit and think about what kinds of things I can repurpose from video shoots to still shoot.  Rather than buying a bunch of stands that are specific to each, I went with going with solid stands out the gate.  Figured I can get a couple of these and not have to worry about replacing them in the future. 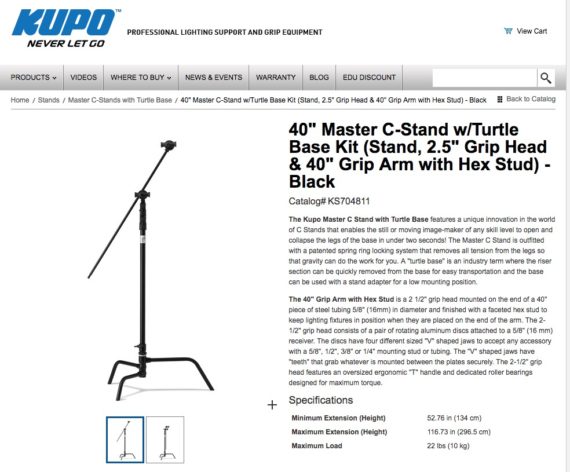 The main stands that I am using here are the Master C stands from Kupo.  I wound up with four of these.  They stack well, are solid as a rock, and can be used for both video and photo.  Also- because of the way the feet are, they can be positioned really close together (i’ll show how that helps in a photo shoot post later). They are heavy – which is what I wanted so as to not worry about things tipping over – but I’m sandbagging these when bigger lights come into play here. 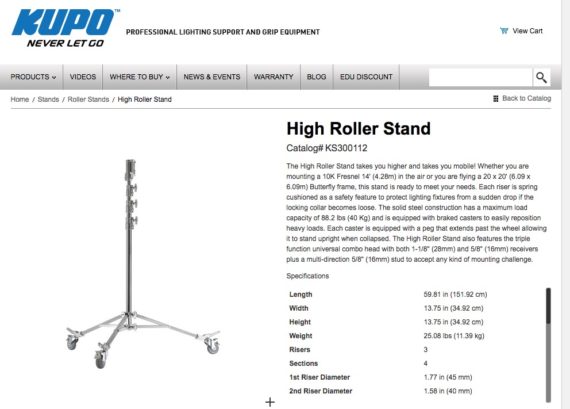 The other stands that we are using for the Altmans are the Kupo High Roller stands.  I wound up getting 2 of these.  Wanted to get these for three reasons:

The one thing that I wish I had gotten the Photo Baby Booms for the high roller stands.  I think that using the arms that came with the C-stands are OK.. but definitely need to be counterbalanced if I use something heavier.  Just think I would need a little more sturdiness and a little more reach here.  But I can get those at a later point.

So there you have it.  Prob a little too much TMI on the whole “hives across my body” thing, but it could have been worse.  I was actually standing next to my friend (who also happens to be my doctor) at Universal Studios when I decided to tip my shirt in line at Harry Potter and show her.  The person behind got a good look..  Then reached forward.  I thought they were going to give me advice on what the hives were..