One of the earliest websites that I used was back in college to create a webpage is called Lynx. That leader merged to a social site called Geocities that allowed people to publish webpages based on specific community avenues. A lot of people with different tastes an interest to congregate and share information with one another. From there I moved on to things like live journal and posted on random blogs. It wasn’t until 12 years ago that I took a job as a Photoshop specialist that I really started having to leverage more social media to generate attraction to the properties that we created.

We created podcasts and shows and little by little we started seeing more importance on being out there as “brands” which changed the face of social media for me. Funny enough – at the old job, I remember a whole group of us being yelled at and threatened by the powers that be about “…spending time on Facebook instead of real work… ” – and in very short order – spending time on social media became the job. You were a property.. and needed to market it.

For several years – a lot of my time was dedicated to creating more “buzz” for my profiles and the properties that I worked on.  I found that – over time – it began eating away at a lot of my life IRL.  My real relationships suffered while I was on a march to become (what I believed) the most interesting photographer/photoshop expert in the space.

I felt like I was sitting on my shows talking about a series of things that I really did not believe – or practice.  While telling everyone “go out there and find interesting pictures – make something great” – I was left scrambling in the mornings and evenings, about things to talk about. The best way I can describe it was feeling like a monkey on an organ grinder.  I found myself just generating for everyone else – and not really for myself. 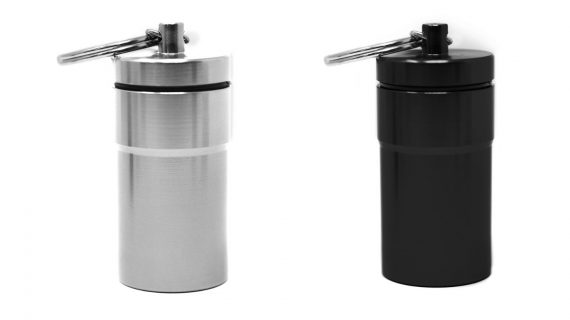 Odd confession – I went from carrying a set of keys- to carrying a set of keys with a silver container on them.  Inside that container was blood pressure medicine. After a year, I had a second black pill container attached to my keychain.  In it – Nitroglycerin in the event I had a heart attack.  I had a tingling on the side of my face that I would just unconsciously rub to try to get rid of it… with no success.

I hated every minute of it.

After a couple of years, I just burned out on the concept.  About 4 years ago, after the photography landscape shifted and you started seeing that business implode, I decided to use some of that time to pull away from it and gave myself a bit of a “social detox” from the running around of posting content on the internet.

While I had the ability to just jump back on and work on the ‘next big thing’ – and I gamely went at it, looking back at it…  my heart just wasnt into it.  I wanted to do something more -substantive-.  I loved being able to educate more than anything.  I just hated the whole “marketing of me” approach of it all.  I hated the whole hamster wheel of pseudo importance.

All I wanted to do was to educate and share – and let that be the value.

As it turns out – seeing the talk on “quitting social media” resonated with me.  Truth is, I have seen people walk away and do their own thing – only to come back and find themselves equally as ‘important’ in social media – not because of the rat race, but because they took the time to focus on something and make work that truly was unique.  Based on the Pew research, it does not seem like much has changed in terms of Facebook viewership (except I thought it would have been on the increase with all of the political rhetoric out there.)

..I remember being told that the company was ‘reorganizing’ 2 hours before boarding a plane for a 14 hour fight to Dubai right when I was in the middle of feeling like I was about to lose it.  I remember feeling a panic as I went down the jetway, wondering what was going to happen, and what I was going to work on next.

I remember reflexively going to my face to run the numbness on the side of my face.  But the tingling was not there.

For the first time in years, I stood in a jetway with no tingling on the side of my face.  When I thought I should certainly feel it the most.

… and it hasn’t come back since.

I was reminded of the Ansel Adams quote.

“When words become unclear, I shall focus with photographs. When images become inadequate, I shall be content with silence.”

Now, I create and share only the things I want to.  I share more of ‘me’ than what I believed people want to see.  And I focus my energy and attention to the things that I really value – education.

I’ve been productive and prolific in the last few years in ways that paled in comparison to the amount of stuff I did before.  I am working on organizations and initiatives that I believe will be of great social importance.